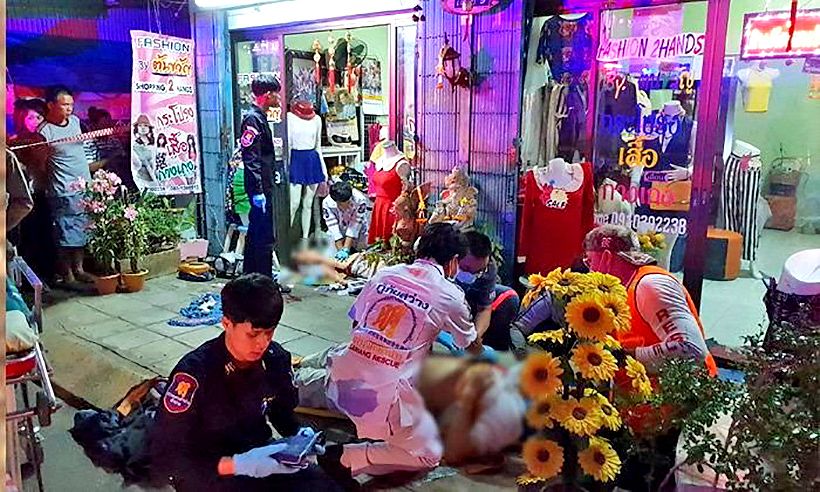 A Thai wife, armed with a 9mm gun, lay in wait for her husband and his mistress to arrive at the woman’s second hand clothes shop in Lampang last night.

When the pair arrived she shot them both. Then, according to Sanook, she casually waited nearby drinking beer for police to arrest her.

The ‘girlfriend’, 42 year old Tittichada, later died in hospital whilst the husband, 52 year old Anuwat, remains alive in a serious condition in hospital. His works as a prison officer at Lampang prison.

The drama unfolded in the Chompoo sub-district of Muang district in Lampang, south of Chiang Mai.

Police have recovered four shell casings and two bullets at the front of the shop. Drinking beer outside a convenience store nearby was the 55 year old wife of Anuwat, Prapha. Police seized a 9mm Ceska Zbrojovka semi-automatic Czech-made pistol from her.

Police say that the wife approached them as the pair were getting out of their car and shot them several times.

Sanook reports that the husband ended up slumped in the middle of the road as the wife chased after the mistress and shot her at the entrance of her clothes shop. Prapha told police that she had known about the affair for a long time. She had told the couple to end the relationship but they refused.

Prapha is in custody on multiple charges.