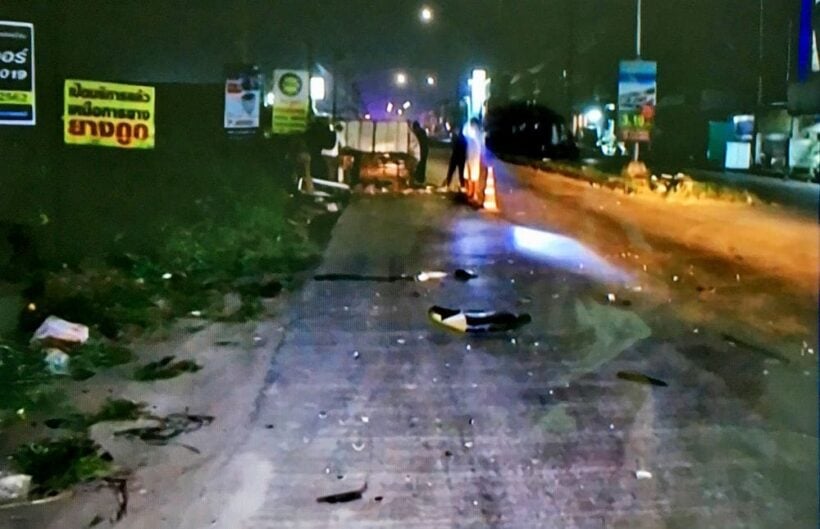 The incident happened in the early hours this morning.

The first victim was identified as 40 year old Prasit Kladkhemphet from Chanthaburi. He was hit after he parked his pickup truck on the roadside and was crossing the road.

About 500 metres away, the second victim, a 30 year old Vietnamese person, ‘Bird’, was killed as the same Mitsubishi Pajero fled the scene after the driver lost control and hit the meatball vendor’s sidecar, police said.

Klong Luang police say the driver of the SUV is believed to be from Myanmar. The double fatality occurred at 2am in front of the Iyara Market in Tambon Klong Song.

An eyewitness says he saw the SUV swaying left and right before it hit the vendor’s sidecar and plunged into a ditch. The driver then left the SUV and fled on foot.

While police were checking the situation, a 32 year old Thai woman showed up at the scene and told police that the SUV belonged to her Burmese husband, 37 year old Lek.

Waraporn says she did not know why her husband drove to the area because their house was in Thonburi. She claims her husband called her to pick up the SUV after the fatalities. She said she was unable to contact him again.