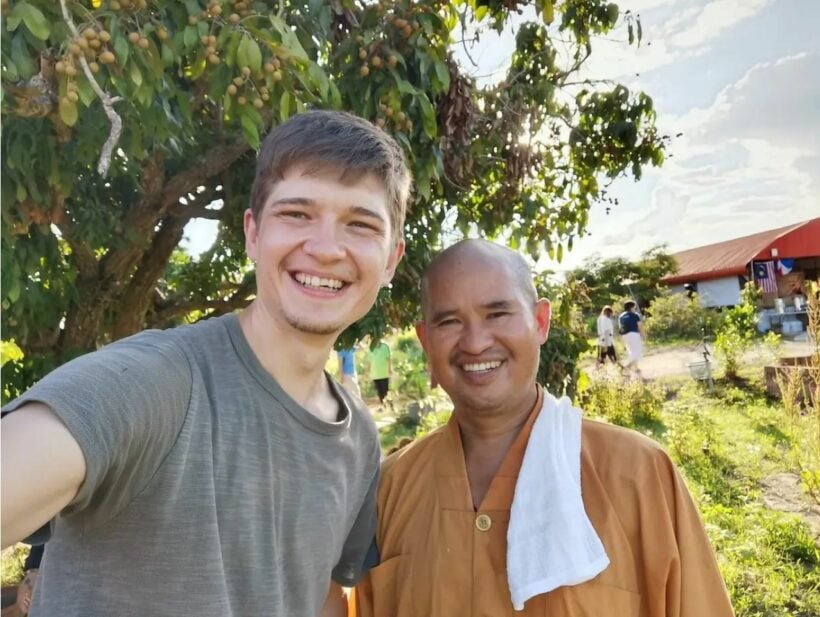 When Nikita Proshin left his home in Russia in January to travel for a year, he had no idea he would spend the last 5 months in Thailand. Although he ended up stranded in the Kingdom, through a work-exchange program, he’s helping a Buddhist monk build houses. The 25 year old says he doesn’t know what will happen next, but he plans to “go with the flow” to meet his 2020 goal of travelling a year without going home.

When the virus began spreading across the world, borders closed, flights were cancelled, and travel, for most people, was put on pause. While many travellers packed their bags and headed back home while they could, Proshin decided to continue his adventure, even if it meant staying in a single destination for months. He settled in Thailand, where he’s recently moved into a monk’s home to help him build houses.

Originally from Omsk, Russia, Proshin travelled to China 5 years ago where he discovered his passion for exploring.

“An average vacation, like 2 or 3 weeks long, is not enough for me. I wanted more.” 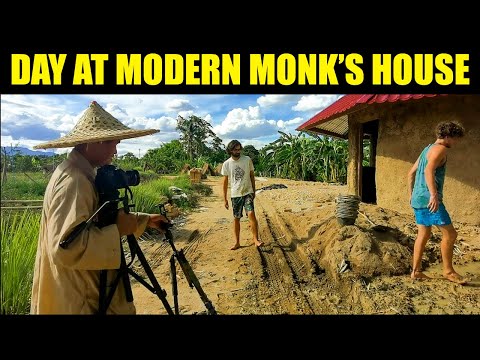 He lived in China for 4 years, eventually travelling back home. This year he made a New Year’s resolution to travel for the entire year. He left with a few thousand dollars with a plan to journey across Asia and Europe.

As the coronavirus spread, countries began closing their borders. Proshin needed to choose a destination where he could stay and ride out the closures in safety. He initially planned to visit Vietnam, but because he was travelling from China, Vietnam wouldn’t let him in. So he headed to Thailand at the beginning of February. He travelled around the country and eventually settled in a hostel in Chiang Mai.

“I made a promise to myself that I would travel the entire year, and I didn’t want to break it.”

While he had some savings, he was quickly running out of money staying at the hostel. A few new friends he’d made at the hostel heard about a work-exchange program outside the city. So they all packed their bags and moved into a local Buddhist monk’s home.

Work exchanges are common for travellers because they offer a chance to learn about a region’s culture through experience. In exchange for a room and food, the traveller offers work. In this case, Proshin and his friends would build homes.

Proshin says the monk, ‘Pongmia’, heard about the travellers’ struggles getting flights home due to the coronavirus. Many were getting stuck in Thailand with no place to stay and dwindling budgets. Pongmia launched a work-exchange program to help. Currently, there are about 10 travellers living with the monk’s family.

Every day starts before sunrise. On a rotating chore chart, Proshin makes breakfast several times a week with the monk’s mother, and although they don’t speak the same language, Proshin says they can still understand each other.