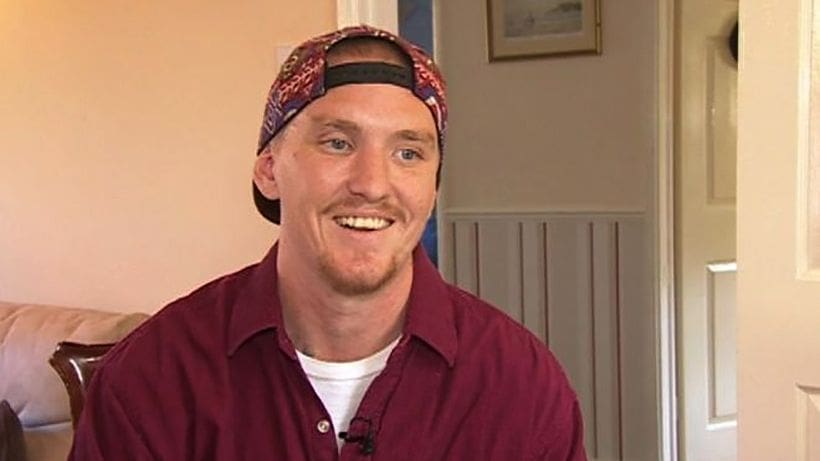 Police are defending their actions when they charged a British backpacker with theft after he picked up a mobile phone at Chiang Mai airport last February.

29 year old Chris Dodd spent 10 days in jail in February after he was charged with stealing the phone belonging to a German tourist and remanded in custody by a court. Chris insists that he intended to hand the phone in when he arrived at his accommodation.

The charge was dropped after his family and friends back home raised 828,690 baht to pay a fine on his behalf. Dodd has since returned home and continues to protest his innocence.

He has also complained in interviews with the local media that he was forced to have his dreadlocks shaved while he was detained and had to sleep in an overcrowded jail where nobody spoke English.

Dodd, a tattoo artist, told the BBC that he found the phone just as he was about to get into the taxi after arriving at the airport.

The broadcaster says he told them he picked it up the phone and while looking for its owner he moved it to a different location, which is considered theft in Thai law.

Pol Colonel Krissana Pattanacharoen said police at Chiang Mai International Airport had been approached at 8.40pm on February 26 by a German tourist who said she had lost her mobile phone in the terminal. 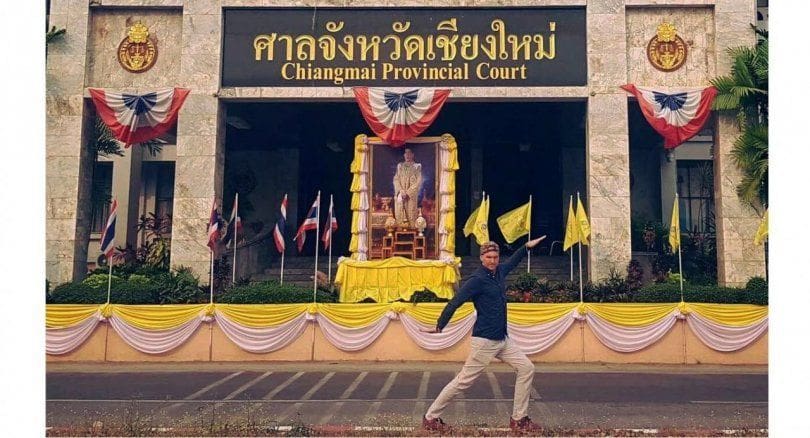 CCTV footage showed a foreigner with dreadlocks and white cap pick up the phone from the floor of the passengers’ lounge before leaving the airport in a public van.

Police then traced the van to a guesthouse in Tambon Sripoom, Muang district and found the phone in the possession of British backpacker Dodd, who comes from Poole, Dorset.

“The SIM of the phone we confiscated from the British man had been removed, and the password and language changed,” said Krissana.

“All the data had been wiped clean. Police then took him to the Pupingrachaniwet police station to be charged.”

Based on the evidence, police charged him with theft and he was taken to Chiang Mai prison pending trial. He was freed on bail on March 11.

Krissana insisted that the shaving of the dreadlocks had been done in accordance with the regulations.

“We strictly follow the laws with respect to basic human rights,” Krissana added.

“We are gathering information from his interviews to consider legal action against him.”

BBC quoted Dodd as saying: “I was stripped naked, sent in, given a blanket. Then, the next thing you know you’re being taken into the cells, where they house massive amounts of people.

“Nobody spoke English. It was really intimidating. You just have to fight for a space on the floor and you have people’s legs all over you.”

British backpacker returns home for Easter after being jailed in Thailand