Many motorbike passengers and drivers have been injured as they headed down and stopped inside the Fa Harm Underpass in Chiang Mai yesterday.

Police and emergency responders arrived at the scene to find many damaged motorbikes and five injured people. They were taken to nearby hospitals. 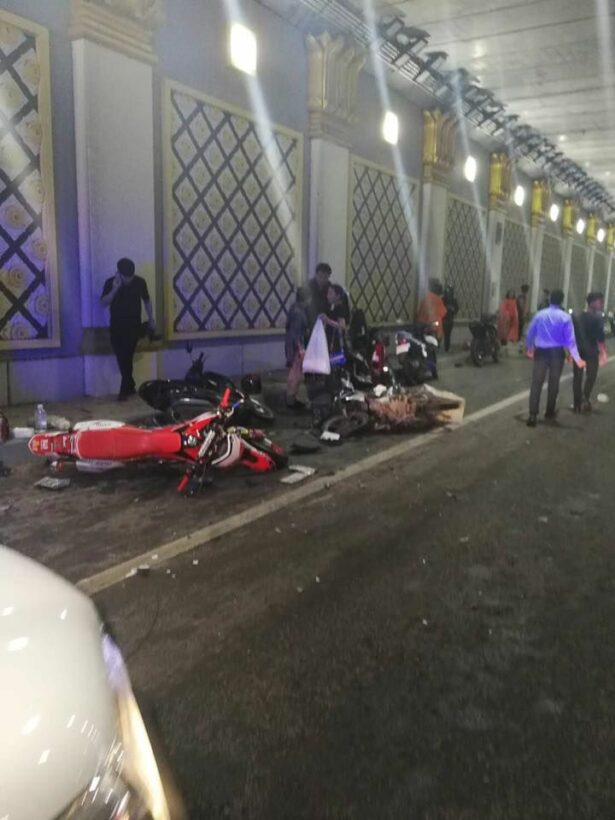 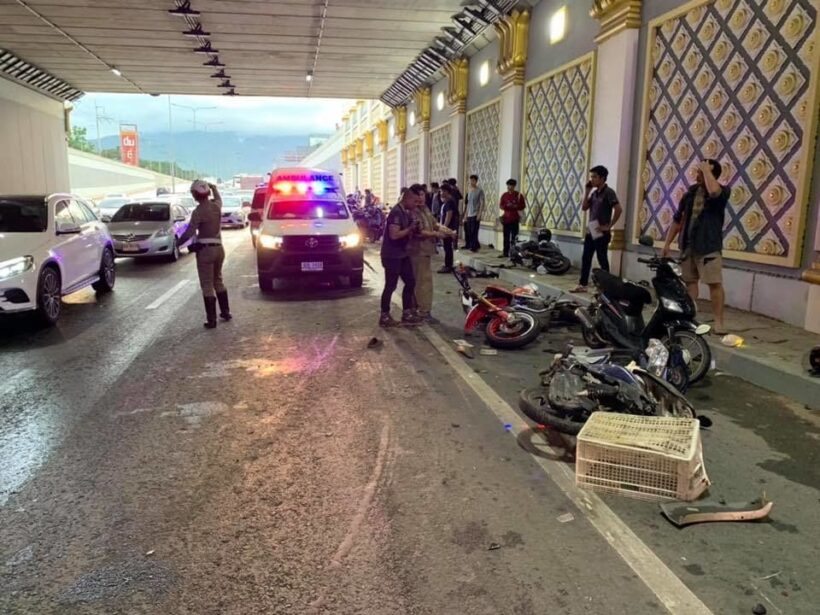 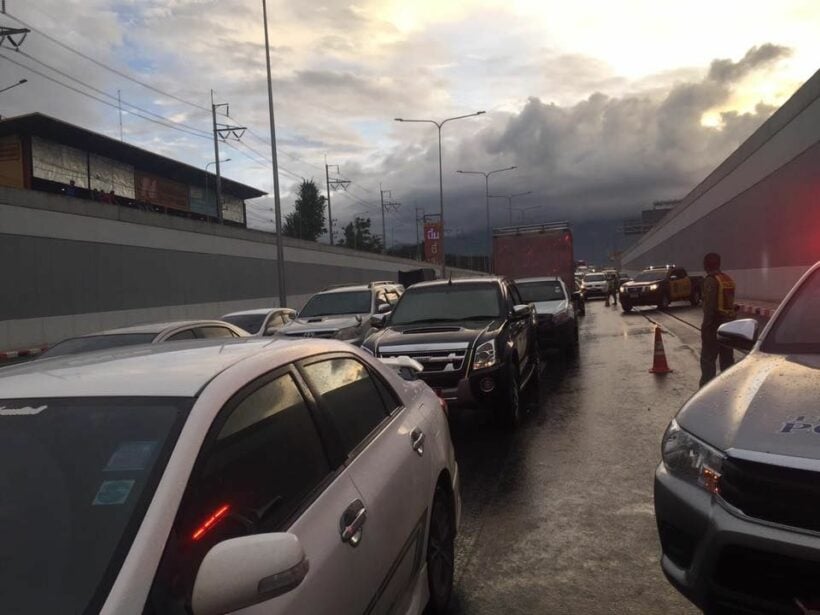 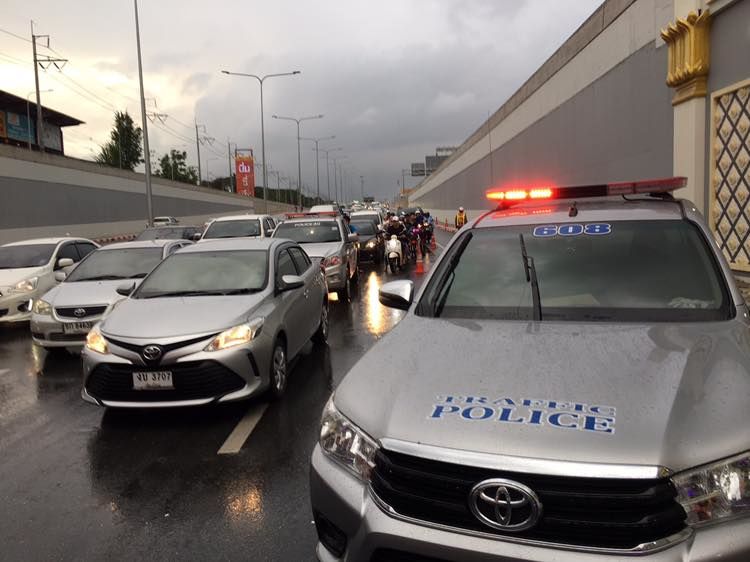 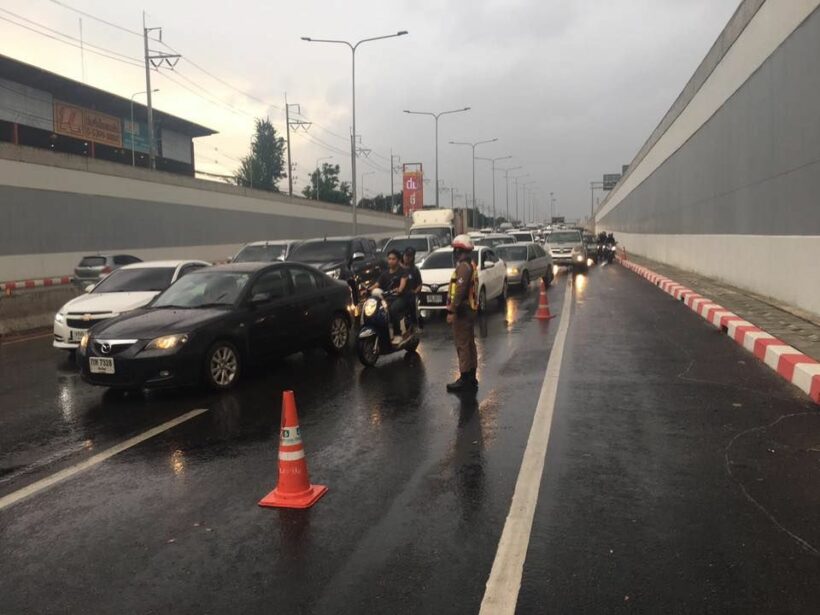 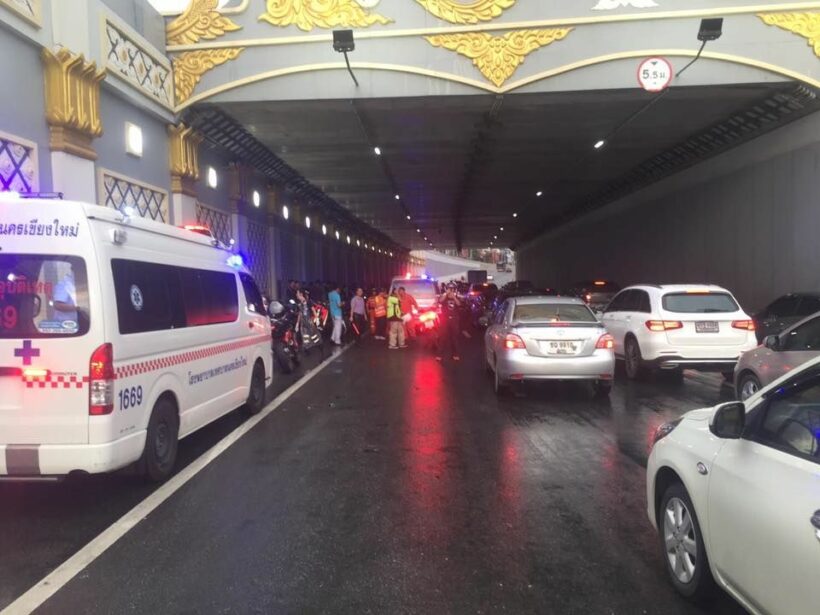 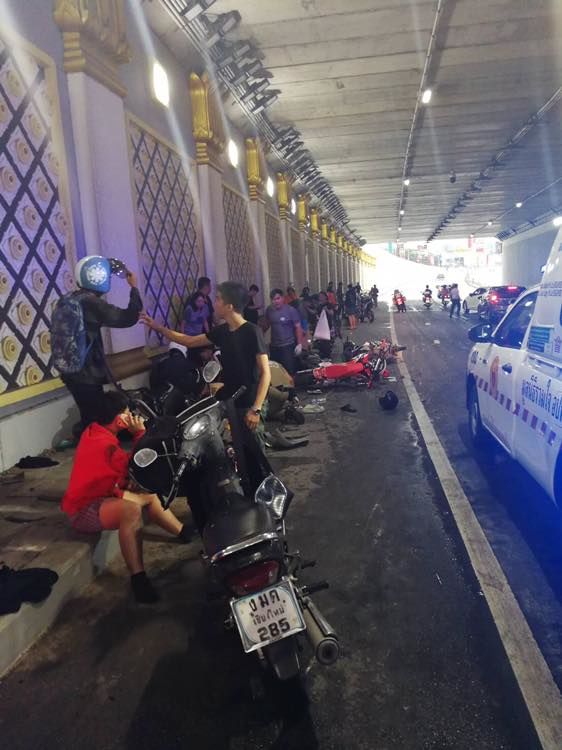 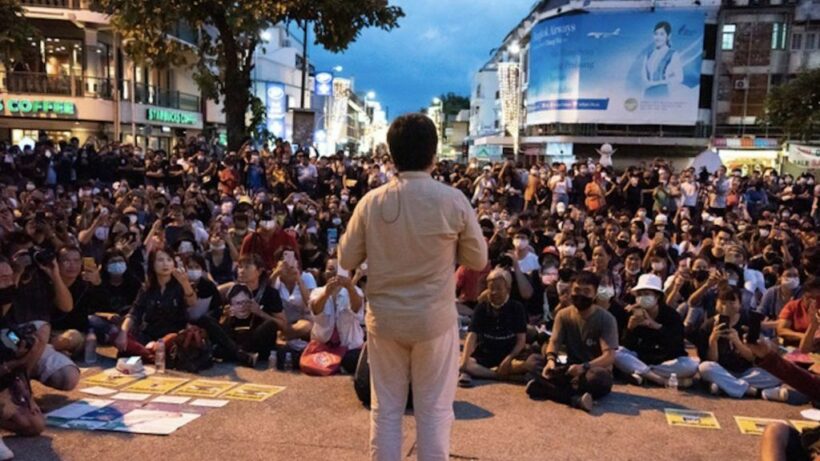 PHOTO: Anon Nampa at an event in Chiang Mai - Will Langston

After being arrested in Bangkok early this morning, along with numerous other protesters, human rights lawyer and pro-democracy activist leader Anon Nampa is apparently being flown up to Chiang Mai to face sedition charges for allegedly criticising the Thai Monarchy at a past event in the northern province.

In Bangkok today, at least 20 protesters, who intended to camp out at the Government House for a few days to put pressure on PM Prayut Chan-o-cha to resign, were arrested after the State of Emergency was imposed early this morning.

Following his arrest, Anon wrote on Facebook saying that he had been denied a lawyer, a violation of his human rights. Thisrupt shared the post by Anon saying police had forced him in a helicopter to Chiang Mai and that he fears for his safety.

“The Facebook page of protest leader อานนท์ นำภา aka Anon Nampha has been deactivated. He was arrested earlier today and taken to Chiang Mai. He is denied access to lawyers under the new emergency decree. This is extremely worrying.”

BREAKING—The Facebook page of protest leader อานนท์ นำภา aka Anon Nampha has been deactivated. He was arrested earlier today and taken to Chiang Mai. He is denied access to lawyers under the new emergency decree. This is extremely worrying. pic.twitter.com/CBPbVRrxIC

PHOTO ABOVE: With thanks to Will Langston 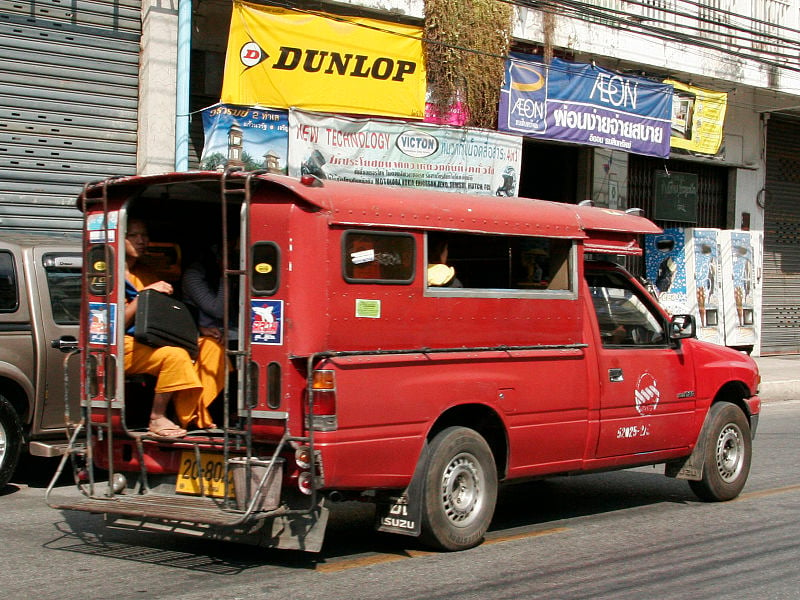 Chiang Mai’s tourism industry has drastically slowed down from the lack of travel due to the affects of the Covid-19 pandemic – the lockdowns and the travel restrictions. Tourists “vanished” during the April lockdown, according to president of the Tourism Association of Chiang Mai, Anantorn Hochindarat. Now, as the chilly, cool season approaches, when the northern province is the most popular for locals, Chiang Mai’s tourism sector is likely to remain “slow”.

The impacts from reaction to the pandemic has effected various people and business groups in Chiang Mai. Only 35% of the hotels have reopened, and those that are open report lower occupancy rates, Anantorn says. Many tourism businesses like spas, souvenir shops and tour agencies remain closed. The drivers of the red trucks, known as songthaews, used to do 3 to 4 round trips per day. Now only 1 trip per day is the average, and that’s with some drivers taking temporary leave.

“Over 1,000 tour guides are unemployed, while dozens of hotels have been put on sale after owners faced a liquidity crisis.”

Last year, Chiang Mai recorded 100 billion baht in revenue from 10.8 million visitors. 70% of the visitors where Thais while the other 30% were foreigners. After domestic travel restrictions were lifted, local travellers were only 20% from the same period last year. There have been travel promotions and events to help boost domestic tourism across Thailand, but some Thai nationals are still hesitant to travel because of health safety concerns.

“As the international market is stalled, if Chiang Mai can simply get the same chunk of the domestic market back within a year, typically 70% of the total, we should be happy enough.”

Apparently the slowdown of international tourists has been happening before the pandemic. After the 2018 Phuket incident where 2 tourists boats capsized in a storm, killing 46 people, tourist confidence was “shattered,” according to the director of Tourism Authority of Thailand’s Chiang Mai office, Pakkanan Winijchai. The Phuket tourist boats were carrying Chinese tourists, and many Chinese lost confidence in Thailand, she says. Chinese visitors make up one-third of overall international arrivals.

For the past 6 months, there has been a ban on international tourists, crippling travel destinations that relied on the foreigners for income. Thailand has been working on a way to get tourists in, but even the new Special Tourist Visa was a bust when authorities said they were preparing for a group of tourists from China to arrive in Phuket, but no one had actually applied for the visa. Even if the scheme does start up soon, Chiang Mai cannot benefit because it does not have any alternative state quarantine facilities to house the tourists for their mandatory 14 day quarantine upon arrival. 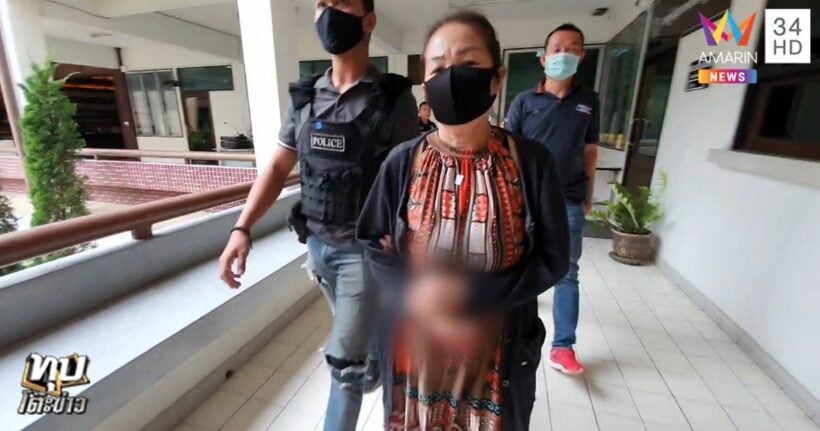 A 63 year old Chiang Mai woman has been arrested for allegedly hiring a hitman to kill her ex-husband because she wanted his life insurance payout. Bualoi Tala is also being investigated for her alleged involvement in other possible murders after a number of people died after being poisoned and Bualoi received payouts from their life insurance policies.

Police say that 58 year old Anan Thongmarn, Bualoi’s ex-husband, was killed last week. His neck and face had been slashed. The alleged hitman, 48 year old Pankaew KhanKaew, has confessed to the murder, according to police. Phone records trace back to Bualoi, and police say they believe the woman hired a hitman to kill her ex-husband so she could claim the death benefit in the insurance policy valued at hundreds of thousands of baht, according to the Nation Thailand.

Police are investigating 6 other possible homicide cases where Bualoi was listed as a beneficiary for the deceased mens’ life insurance policies. Police say the victims were all poisoned and Bualoi received life insurance benefits following their deaths.