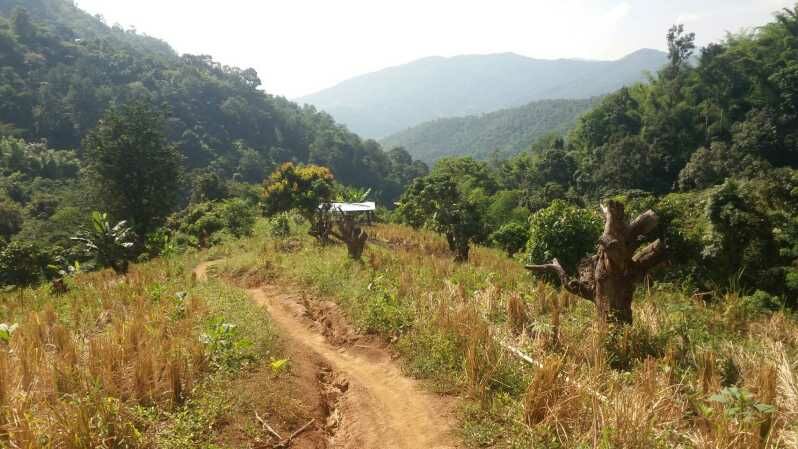 Wiang Haeng, Chiang Mai, photo by Get Your Guide.

A forest in Chiang Mai has been illegally used a a landfill. Information about the suspects have not yet been reported, but they will be charged with violating the National Reserved Forest Act. A police chief said police flew a drone over the protected area in Wiang Haeng district after they got reports of possible illegal burning there.

He said the drone footage showed patches of the reserve had been cleared and were being used as a landfill. The chief added that authorities can remotely find pollution hotspots with their satellite technology. He said they can quickly respond to reports of land encroachment and forest fires with patrol vehicles and thermal imaging cameras.

Chiang Mai struggles with air pollution caused by farmers burning waste. Air pollution in the province gets especially bad every summer. Earlier this month, Thailand’s Geo-Informatics and Space Technology Development Agency said there were 1,060 ‘hot spots’ across Thailand. 110 of the hotspots were in Chiang Mai province, and 92 were in Lampang province. The hot spots are leading to increasing levels of PM2.5 dust.

In addition to farmers burning waste, villagers often light fires in forests while they hunt for animals, pick produce, or clear plants ahead of the rainy season. 301 of the 1,060 hot spots on in early March were in forest reserves, and 254 were in conserved forests. 248 were in farming areas, and 146 were in land reform areas.

Soidog
Well don’t let it go to waste. Invite Prayut and all his cronies to a regional meeting at the site.

Deltacron circulating in Thailand since December, all patients recovered