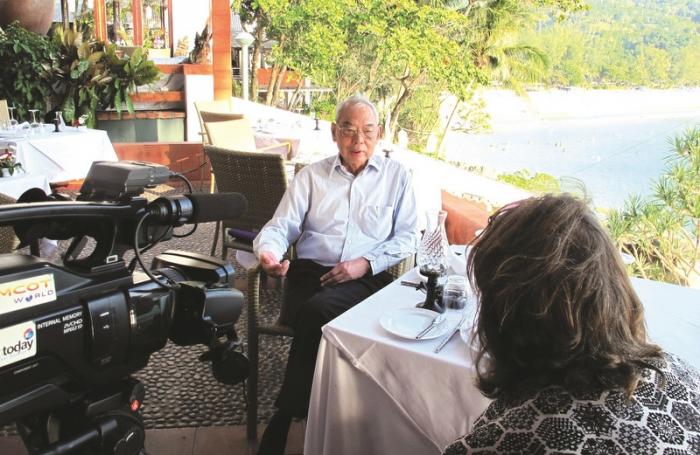 PHUKET: Digital ad spend is projected to be 9.9 billion baht this year, up almost 25 per cent from last year as a direct result of advertisers shifting from traditional media like print and television to digital media and online marketing.

This is believed to be partly because of the cheaper cost of digital advertising and partly because it’s much easier to target the correct audiences. With formats such as banner advertising, ezines, pop-up and pop-under ads on Google, Yahoo and Bing Pay-per-click, there is now an extensive list of marketing options.

This year, it is expected that the highest advertising spending will again be on Facebook and YouTube.

So the question that all advertisers should be asking themselves is: are you going to stand out from the crowd in this new age of advertising?

Video is the way of the future. There is little doubt that this trend is going to continue, and given the reduction in audience attention spans over recent years, this is definitely the format to use.

The great thing about video is that once you create an ad message and load it up to YouTube (or even film it directly on the site, depending on the format and purpose), it is then searchable through engines like Google. You can also embed it into other social media platforms such as Facebook, Twitter and Instagram.

I wrote earlier about the fact that Google owns YouTube, which means it rates videos there very highly in its search results.

YouTube now allows for some extra features that assist you in your marketing reach. These include the ability to have ‘icards’ that allow smart phones to link directly to your details, as well as the direct advertising placed on your videos and in your description space.

You can also pay them to have your ads appear on videos that directly relate to your business and match your target market.

We have covered Facebook enough in the past, but the simple reality is that with laser-targeted leads at very low cost, and a simple and easy format to create ads, this is always going to be a winner. You can also get leads loaded directly into your autoresponders in order to automate a highly-targeted marketing campaign, which almost guarantees very high levels of success.

Combining video with Facebook is almost the ultimate marketing tool and there are easy ways that this can be set up and automated.

Now that Instagram, Pinterest and Twitter platforms also allow videos in their advertising mix, the choice comes down to the demographics of the users for each of the respective platforms, depending on preference of age, sex and nationality.

The same fundamental rules apply to all of these formats: know the voice and image you want to portray, be consistent, respect your viewers and be honest.

Finally, stand out – think about how you can get your message without being the same as everyone else.

Simon Wetherell is a social media expert, trainer and lawyer. He now resides in Phuket where he trains businesses and individuals on how to profit from the social media industry. For more information, visit https://PhuketOnlineMarketing.com or call 095-085 3355.

Finance: Impact of gap years on your finances

Finance: The right time to get back into the stock market