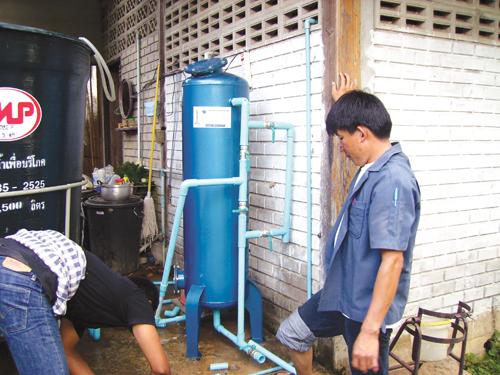 Chaired by Phuket Vice Governor Chamroen Tipayapongtada, the PLSC’s first meeting this year was held on March 5 at the Phuket Land Office.

Among the topics addressed in the meeting was the review and consideration of four LSP applications, as well as a review of the procedures in sub-dividing land, making modifications to existing subdivision plans, establishing a development and withdrawing from guarantee agreements about providing public utilities.

The PLSC approved the applications for the following:

1. Chanakarn House and Land Co Ltd, Chanakarn Suan Luang, in the Vichit District of Phuket Town. The development will span an area of about five rai (8,000 square meters) sub-divided into 86 plots, which will include two story single-detached houses, priced at 4.2 million baht; duplexes priced from 2.15mn baht and town house units priced from 1.9mn baht.

2. Tantikowit Co Ltd and their project Thanawadee in Cherng Talay, Thalang, which is a development on about three quarters of a rai (about 1,200 sqm), to be sub-divided into 18 plots of three story shop-houses priced from 5.49mn baht.

3. Phuket Ban Sabai (2012) Co Ltd’s project Royal Marina Plaza in Koh Kaew sub district of Phuket Town, is a development spanning just over two rai and will offer 61 plots, including 60 shop houses priced from 5mn baht each, and one large plot to be sold at a rate of 60,000 baht per square wah (four sqm) (click here for ariel view).

Final approval will be given as soon as additional guidelines are met.

V/gov Chamroen gave the reason: The project does not get approval this time around because the mayor of the Pa Khlok sub district informed us that the permit application for water utilities and trash collection was not done correctly, and [we feel] that may cause difficulties for future inhabitants.

Mr Panya Samphaorat, Mayor of Pa Khlok told the PLSC that the development would need to plug into the water grid that temples in the municipality were already relying on. And since there already is a shortage of water for these temples, he said that the additional stress from the dozens of new households would surely cause problems for future inhabitants.

Moreover, its garbage collection permit was not done correctly, nor convincing enough that the project wouldn’t cause hassle for future residents and the municipality.

They [the developer] had only one vehicle registered to collect garbage, he said.