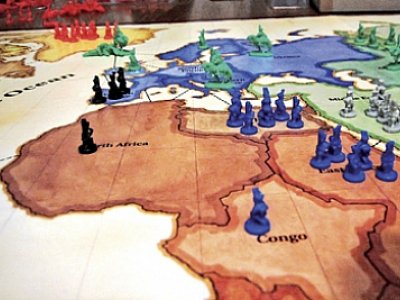 PHUKET: There has been an increasing amount of correlation in the markets ever since the increased use of computers and algorithms.

This has caused a lot of trouble with conventional diversification methods, and when markets get reactive to political tensions as they have been recently, it is common to see things moving in tandem across assets classes as developments are interpreted to be either “good” or “bad” for the global economy.

Capital then either flows into or out of the broad category of “risk assets” based on this. The situation has recently begun to be referred to as “risk on, risk off”. It unfortunately overrides any changes in underlying fundamentals specific to a certain asset class, industry, company, country, etc., and also prevents trends from forming and markets moving substantially out of bases. It is essentially the most difficult type of market for managers to make money in.

The way the markets move is similar to the way cattle move. A few big players interpret incoming information and their buying or selling pressure is so great that it gets the markets moving in that direction. The rest of the market participants then make the initial move a self-fulfilling prophecy.

Similar to cattle, this can be an orderly drive or a full on stampede. Unfortunately, today the great uncertainty with regards to the EU and what effects it will have for the rest of the world equates to a cowboy leading cattle and changing his mind just as soon as the cattle think they know which direction they are headed in.

The problem is that it is a very binomial situation with very drastically different outcomes. Either the EU is going to fall apart (at least in part), or else the governments will create a fiscal union which would need to model itself after the American model at least partially (I can imagine all the Europeans reading this and cringing at the thought).

While this is a bit of an over simplification, it makes it easier to grasp what is really going on. The first route (return of the Drachma) will almost certainly create a panic of some sort in the short run which would send markets lower, although in the long run may be ideal for the European citizens who do not like the idea of a central European government becoming too powerful. The other route will likely lead to much greater stability in the short run, but a loss of sovereignty that will likely never be regained.

If you are close to retirement this is a very bad time to be exposed to risk assets such as direct investment in commodities or the stock markets of the world (especially emerging markets), however low interest rates are forcing many to seek greater returns in various risk classes.

My advice is that if you have capital which can in fact be considered risk capital with a very long time frame before you need, sitting through all of this will make no difference in the long run and you should sit tight and try to not pay attention to the gyrations.

If you need access to your money any time I would try to take the measly return safer assets are paying and know that when rates rise you will still have your principle to take advantage of it.

David Mayes MBA lives in Phuket and provides wealth management services to expats around the globe, specializing in UK pension transfers. He can be reached at 085-335-8573 or david.m@faramond.com.