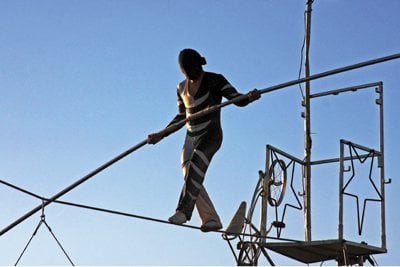 PHUKET: One thing you should do at least once each year as an investor, is re-balance your investment portfolio. I have come across many people who put together a good portfolio, but then, because of not re-balancing, have rode many of their best holdings up and back down.

Simultaneously, they are under-invested on holdings that have their best returns many years after the initial investment.

To understand why re-balancing is so important, consider a theoretical portfolio of just two funds.

Let’s call them Funds A and B, just to keep it simple.

Assume Fund A is more volatile and has historically averaged a 20% gain, and thus it was initially given a 40% allocation.

Now let’s assume Fund B has averaged a 10% gain and so was given 60% of the portfolio.

Now as averages are just that, the only thing we can be relatively certain of in the first year, is that neither of these funds will likely achieve their average.

One may be below and one might be above – or they could both be above.

If Fund A has a cracking first year and returns 30%, while Fund B has a horrible year and loses 10%, the initially allocation will be out of whack.

Again to keep it simple, let’s say the portfolio was initially 100,000 (pounds, baht, dollars, choose whichever currency you’d like to think in).

To re-balance this, one simply need to multiply the original weight of each fund by the new total portfolio value of 106,000 to determine how much should now be in each.

Simply sell 9,600 out of Fund A and re-invest the proceeds into Fund B and the portfolio is now rebalanced.

Obviously this is counter-intuitive as most people would look at fund B and say, “Why should I add to that dog? Let’s move some out of that one and into Fund A because that one actually made me some money.”

Now, let’s assume that next year’s returns revert, and Fund A has a small losing year of 5% and Fund B makes an average return of 10%. If the fund had not been rebalanced, the new portfolio value would be 108,800. However with re-balancing, it could have gained an extra 1,440 and would now be worth 110,240. That’s an extra 1.3% over the one year.

Obviously there may be years where re-balancing costs you, but in the long term even if it adds .5% on average, that could compound to be a nice extra chunk of change.

Re-balancing also reduces the chances that you will be overexposed to the more
volatile funds you are holding.