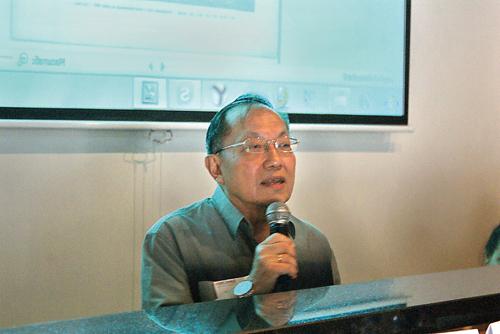 PHUKET: Mr Phisak Nivataphand, the president of the Thai-Russian Chamber of Commerce and advisor for the Russian Studies Center of Chulalongkorn University, was in Phuket recently to give a speech as part of a seminar aimed at promoting Thai-Russian business relations .

Organized by Thai-Russian media firm, Expert Media Co Ltd, the seminar was held at the Royal Phuket Marina. During his speech Mr Phisak suggested several ways as to how Thai-Russian business could be boosted, pointing to several recent developments across the region, with a particular focus on the ASEAN Economic Community.

In the first part of his speech, as outlined in Part I (click here for article), Mr Phisak highlighted important historical points, such as the friendship between His Majesty King Rama V and Czar Nicolas II; he also covered various factors to consider when trying to penetrate the vast Russian market, as well as his proposal for a currency swap between the two nations.

Mr Phisak went on to examine what kind of exports Thailand should focus on in order to take advantage of the Russian market.

“Products of high weight and labor intensive manufacturing processes are items that SMEs have to think twice about. Attempting to export or sell such items to Russia is unlikely to succeed, unless the products have the selling point of ‘uniqueness’ or have been ‘value added’ .

“For example, take ceramic floor tiles: as you are aware, ceramic floor tiles are heavy in weight and bulky, in some cases, the shipping charges from Thailand to Russia will increase selling prices and such products will be unable to compete with those made in and offered from China, and, likely, Vietnam, with the certain tax or incentive advantages available to them.”

Mr Phisak went on to discuss the advantages of improving transport corridors between far-east Russia and Asia, using Thailand as a central hub.

“It is important for Russians to realize the significance of the ASEAN market of some 600 million people. This market would, be more inclined to accept the quality of products made in Russia than would Japan and South Korea, and even China to a certain extent.

“I have proposed the ‘sea-train’ route to improve transport logistics between the eastern regions of Russia, namely, Vladivostok to carry Russian goods to ASEAN; and perhaps goods from China, Japan, South Korea, Taiwan and Hong Kong as well.”

Goods from ASEAN/Thailand can, in the same way, be delivered to Russia much quicker than with the present route – having to go down to Singapore and sail up passing the Andaman Sea to Europe to reach St Petersburg which takes 30-plus days, he noted.

“My proposed shipping route from the Gulf of Thailand to eastern Russia would take only 14 days. This proposal will also allow Russia to make better use of the existing and well known Trans-Siberia railway line, running between the East and West of Russia.

Mr Phisak also examined the possibilities that improved transportation and business ties could have for value adding to raw products.

“Why should Russian companies just earn profits on selling plastic pallets, the raw material? Why not set up a factory in Thailand, using the plastic pallets, to produce finished products such as chairs, tables and other furniture to sell to the market of 600 million people in ASEAN to yield much higher profits by greatly reducing transport base costs,” he concluded.

This article appears in the current issue (May 25-31) of the Phuket Gazette newspaper, now on sale at newsstands throughout the island. Digital subscribers may download the full issue, this week and every week, by clicking here.