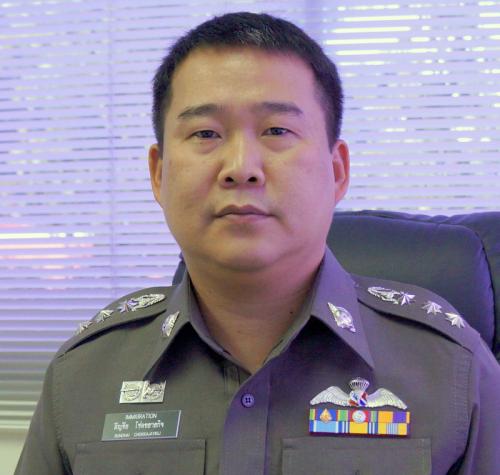 PHUKET: Following the recent spate of foreigners being charged with minor drug offenses, the chief of Phuket Immigration today confirmed that all foreigners arrested for drug use, or any drug-related offense, are transferred to Bangkok and deported – following the Immigration Act BE 2522.

“The law is not new. It has been in use since 1979. Any foreigners found guilty in any drug cases will be deported,” Phuket Immigration Superintendent Sunchai Chokkajaykij told the Phuket Gazette.

“The law has never been changed. There is nothing new as mentioned in recent news,” said Col Sunchai.

“Any foreigners found guilty of any drug offense will also be on the immigration blacklist [banning entry to Thailand] for five years,” he added.

Even when a foreigner receives a suspended sentence for a drug offense, the suspect is still sent to the Immigration Bureau in Bangkok, where he will be added to the blacklist and then deported, he said.