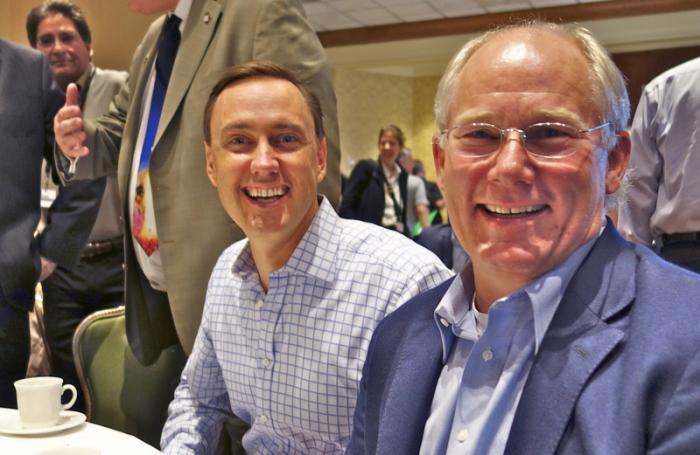 PHUKET: They say you can determine a man’s income simply by taking the average of the four or five people with whom he spends the most time. I am not sure how scientific the study was that has produced this timeless piece of advice, but the general concept is easy to validate if you look closely at the people you know. Success in life is not only a function of absorbing the mindsets of those around you, but opportunities are often determined by those with whom you surround yourself.

It’s common sense that if you have friends who are successful stock traders, they may be able to teach you some basics, or keep you from going too far off track. They may even give you a tip from time to time, although tips can be very dangerous if you don’t have a clear risk control strategy. If you have friends who are real estate investors, they may offer you opportunities to co-invest with them on larger projects, or simply to split up a larger plot so that everyone gets a better deal. Studies have often found that most people find their employment from ‘fuzzy connections’, who are not close friends, but the people they know.

So, if it is so important in life to have friends who are successful, how exactly do you go about becoming friends with these kinds of people? Obviously, the wrong way to do it is to become fake and shallow and judge people by the car they drive and the clothes they wear. Some of the most successful people I know look and play the part of the beach bum, but if you get to know them, the reality is far different. Going to networking functions, handing out business cards to everyone, and trying to sell something to everyone you meet within the first five minutes is another wrong way to go about it.

The saying ‘people who are nice to you, but not nice to waiters, are not nice people’ is one I love. You want to find people with real character.

When I was in business school, we had a networking expert talk to us about how to build a network to find jobs. His advice is not what most people would expect. Rather than look at new people you meet in terms of what they can possibly do for you, always look for ways you can help anyone with whom you come into contact. This is often easiest done by being genuinely interested in people, asking questions, and letting others talk about themselves. People love to talk about themselves, and most people are simply waiting for their turn. Let people talk and you will often find a way of helping them.

Usually it is simply connecting two people who you know, who then mutually benefit from knowing each other. Once you get in the habit of doing this, it becomes natural, and it is a great reward to introduce people and see them hit it off and become friends, or business partners.

So how does all this helping other people impact your own financial future? The trick is that the 80/20 rule applies in every aspect of life. 80 per cent of the nice things you do for people will have no effect on your future, other than giving you the satisfaction of knowing deep down inside you are the kind of person who goes out of his way to help people. However, over a long period of time, those ‘lucky breaks’ that come, are often from those ‘fuzzy connections’ I mentioned earlier.

The more you help others and come across as a nice, genuine, helpful person, the more people will be willing to go out of their way to help you, often without you ever having asked. This is not a tit for tat kind of thing, it is simply human nature. Surround yourself with good people and good things will happen in your future.