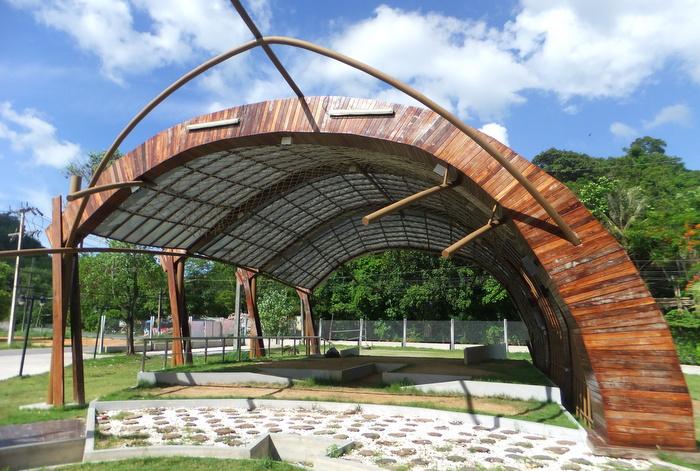 “The Phuket Rajabhat University study group concluded their research into the history of the sea gypsies and the viability of using a 4D-exhibit model for the museum in January,” Mr Dechakanee said. “Overall, they agree with the proposal. However, they did suggest that for financial reasons some of the exhibits be set up in a more traditional way.”

The university research team developed outlines and detailed notes about the history of the sea gypsies, which were all compiled, along with their suggestions, into a single manuscript that will guide the private company designing the final exhibits.

“The inspiration for the 4D-exhibit model is from the Museum Siam in Bangkok and Suphanburi Museum in Suphanburi province. We want it to have activities, such as music, videos and more, in order to attract visitors,” said Mr Dechakanee.

Of the 20-million-baht budget slated for the exhibits about 450,000 baht has been allocated to draw up the final exhibit layout.

Since it’s construction, the building has repeatedly faced budget issues, with construction failing to be completed before responsibility for the facility was transferred to the Rassada municipality in 2012.

The building was since been abandoned, becoming a makeshift shelter for the homeless, until last year, when Mr Dechakanee announced the multi-million-baht budget to develop the museum over the next three years (story here).

Mr Dechakanee expects the museum to open in 2019.