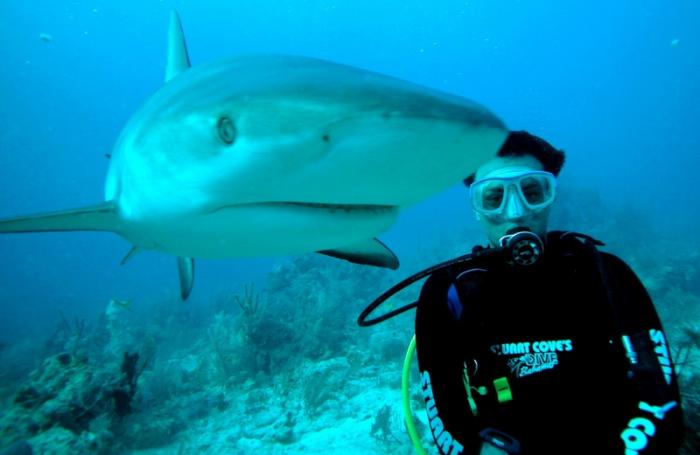 PHUKET: “Move to regulate diving industry” was a recent headline and front page story in the Phuket Gazette. At first glance I thought; ‘fair enough’, until I read further.

Following a spate of deaths and accidents, the Ministry of Tourism and Sports (MOTS) Phuket Office, headed by Santi Pawai, has taken it upon themselves to improve safety in the dive industry.

Improving safety is a good thing, but the upshot of this is to ban private diving. “It doesn’t matter how qualified you are or if you’re diving with a buddy; it’s necessary for your diving excursion to be linked to a recognized dive business,” said Mr Santi.

Yet again this is knee-jerk reaction from local officialdom is a hasty response with little or no thought and planning.

While there are injuries and deaths in diving, there are plenty more injuries and incidents (and deaths) from snorkeling, jet skiing, and even more when simply driving on Phuket’s roads. Roads, jet skis, and snorkeling, however, are not under the remit of Mr Santi, so let’s not go there. Diving, apparently, now is.

Banning private diving is unlikely to fix anything. The MOTS is assuming that all the injuries and deaths come from private diving, which they don’t. I would go as far as to say that private diving accounts for far less than half.

Perhaps paying attention to snorkeling trips, tour guides, and speedboat drivers and their safety competency would improve the safety in Phuket’s waters. In my opinion, resources spent on these issues would be spent wisely, whereas a blanket ban on private diving will have negligible effect on safety.

Where a private ban is likely to have a significant effect is the yacht charter industry.

Firstly, how can you realistically enforce this private diving ban? The MOTS in Phuket has a hard enough time controlling illegal Chinese guides, which I can find at any 7-11 on this island any evening of the week.

Back to yacht charter: if you missed it, the Royal Thai Government has been shouting a lot about a new 12-month superyacht charter license they have introduced, with the aim of attracting yachts over 30 meters to spend more time in Thailand, and charter their yachts while they are here. Good idea, good revenue for the industry and economy, but what if a charter guest wants to dive off the yacht? Or what if the owner flies in and wants to dive off his own superyacht?

Assuming the MOTS enforces its blanket private diving ban, then individuals on any yacht (owners or charter guests) simply cannot dive. Unless of course they go with an official diving company, which they are unlikely to do.

What’s next? Following the tragic death of a Russian crewman on a superyacht off the Similan Island recently, can we expect another knee-jerk reaction to safety? Let’s hope not.

Looking at the marine big picture, there is clearly a need to bring relevant stakeholders together. Jet Skis, speedboats, tour boats, yachts and yacht charters are the remit of the Phuket Marine Office. Diving, previously self-regulated and following the international PADI system on the whole, is now being claimed by the MOTS in Phuket. Perhaps a single authority for everything marine would make more sense?

Rather than making rash announcements and public statements, which as history has proven time and time again results in little action, how about officialdom consulting with the industry stakeholders.

There seems to be apathy by public officials towards the private sector yet the knowledge and experience in the private sector far outweighs that in the public sector, and if a more open-minded and inclusive approach to safety discussions and industry development can happen, I’m sure the improvements will be clear for everyone to see.

Looking Back: Understanding the origins of Thailand’s water-filled New Year

Gardening: Lest we forget the magic of orchids