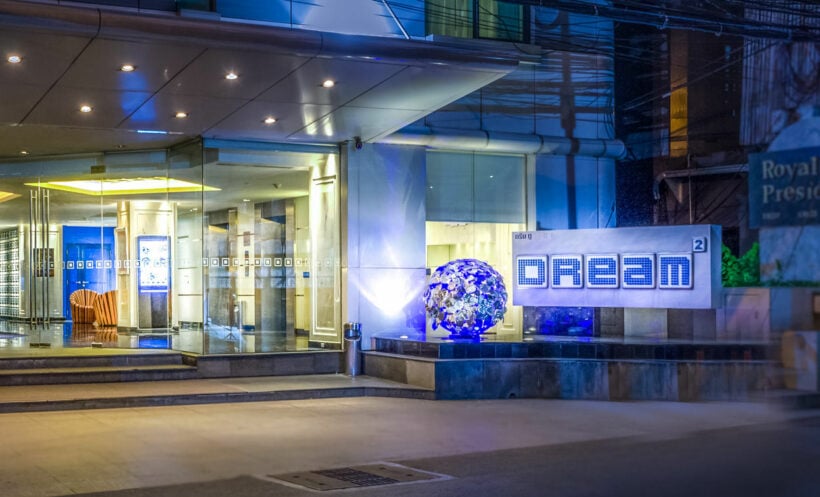 New York-based Dream Hotel Group’s plans to expand in Asia have turned into somewhat of a nightmare. The Group has closed its regional office in Bangkok shortly after hiring new executives to push forward with expansion earlier this year. A Pattaya ‘Dream’ has also failed to eventuate this year.

The push in Asia, which kicked off last year with the establishment of a regional office in the Thai capital, was dampened last week with news that the developer of Dream Phuket Hotel & Spa, the Singapore-based investment company Castlewood Group, had gone into liquidation. Dream Phuket Hotel & Spa opened in November 2015 under a franchise agreement with the Dream Hotel Group.

In reporting the news last week, The Thaiger was contacted by the Phuket hotel’s management informing us that the operations at the Cherngtalay-based hotel in Phuket was still in full swing. Indeed the hotel is still accepting bookings next year.

In announcing the opening of the Dream project in Phuket four years ago, Dream Hotel Group was also planning  “20 Dream Hotels over the next 10 years.” That ‘dream’ no longer appears to be in the Groups’ plans. A Dream Hotel in Pattaya, scheduled to open this year, didn’t materialise.

The original article quoted an investor saying she had stayed at the resort in 2015 on a trip paid for by Castlewood giving her assurance that she had invested in a credible development. She said that she, and her husband, had invested a total of US$210,000. They then received US$16,000 during the first year but no payouts since.

They said the first they heard about any problems with their Castlewood Group investment was when they read The Straits Times article. A number of investors have since contacted The Thaiger with enquires about what was happening with the Phuket-based resort, most of them concerned about ever seeing a return for their investment through Castlewood Group. We’ve referred them to Nexia TS who is the Singapore accounting firm handling the liquidation.

“The hotel continues to operate as it has from its initial opening.”

“The liquidation is for Singapore assets only, NOT Thai assets, the (Phuket) hotel is not being liquidated and operating as normal.”

The Phuket News also reported the next day that the hotel is not affected by Castlewood Group’s liquidation.

“The liquidation is for Castlewood’s Singapore assets only, and not its Thai assets. The hotel is not being liquidated and we are operating as normal,” – GM Chris Adams.

“We have been a strong performer in the Phuket market for the last four years and we will continue to build our business for many years to come.”

Aside from the Dream Hotel Phuket, the only ‘Dream’ branded hotel in Asia is Dream Bangkok in the Asoke district. It’s been running for over a decade (The Thaiger has stayed their twice). There have been plans to upgrade the hotel of about 100 rooms.

“Dream Hotel Group continues to operate the Dream Bangkok and we are still looking at plans for a hotel renovation.”

Whilst turning their attention away from Asia, the Dream Group say they “have a renewed focus on development in North America including the US, Canada, Mexico, Central America and the Caribbean.”

French man killed after a motorcycle incident on the cliff-road to Kamala, Phuket