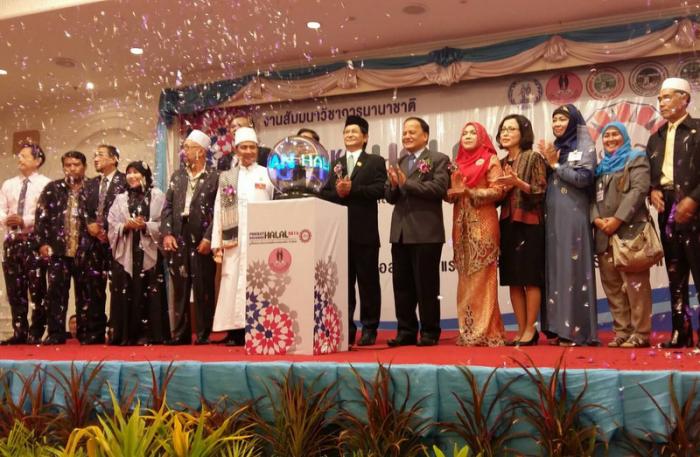 PHUKET: Phuket-based businesses are being encouraged to join a drive to promote the plethora of halal products made in the province to benefit from the billion-baht Islamic product export industry.

“Prime Minister Gen Prayuth Chan-o-cha has played an important role in moving the halal industry forward in the country. He has done this since we export billions of baht’s worth of halal food annually, as it caters to people from all religions – not only Islam,” said Mr Komol.

“Several hundred million baht a year is allocated annually to the Halal Food Research Laboratory at The Halal Science Center of Chulalongkorn University and other similar institutions,” said Mr Komol.

About 30 per cent of Phuket’s 387,000 residents are Muslim and there are more than 200 businesses producing halal products, such as cashew nuts and dried shrimp, that are accredited by the Phuket
Islamic Council.

“Many of those products are bought up by hotels that use only halal products. This helps support the local hospitality and tourism industry,” added Mr Komol.

“The ‘halal hotels’ in Phuket have large halal food halls with no trace of alcohol and they have Islamic prayer rooms,” said Mr Komol.

“Moreover, the major shopping venues in Phuket, including Phuket Fantasea, have separate zones for halal food counters,” he added.

Locals with Halal businesses who wish to be accredited by the Phuket Islamic Council can visit the office at 57/28 Thepkrasattri Road in Koh Kaew, or call 076-377546.

Finance: Hedging your way through Brexit