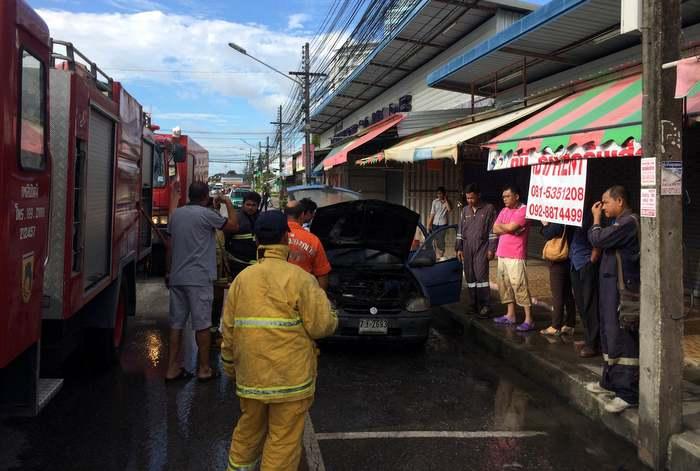 PHUKET: The owner of a 20-year old Opal Corsa Swing was forced abandon his vehicle in Phuket Town yesterday afternoon when it suddenly burst into flames outside the Expo Market on Soi Dilok Uthit near Chana-Charoen Road.

A representative of the fire department at the scene said that the car’s owner and his colleagues were heading back to Koh Siray from the nearby Kaset Night Market when the vehicle caught fire.

“I’ve been using this car for over 20 years,” said the owner, who declined to be named. “I always took the car into the garage every six months and took good care of it.”

“I think the fire may have been caused by a short circuit,” he said. “I am just thankful that nobody was hurt.”

He said that he was passing by the Expo market, when smoke billowed out of the car’s engine. He and his passengers quickly pulled over and exited the vehicle, while he called the fire department.