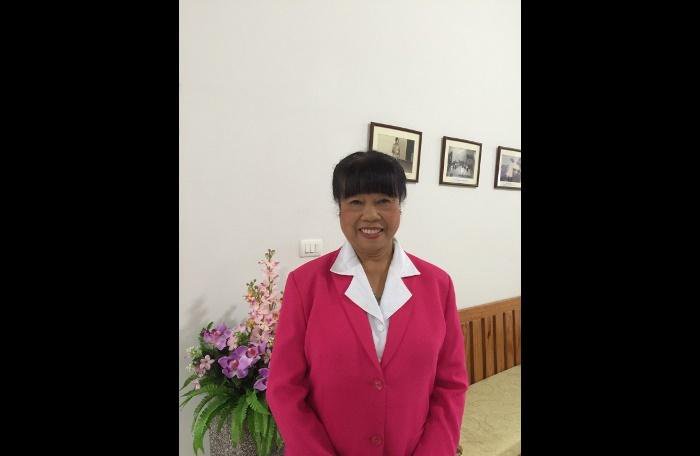 PHUKET: Tueanjai Subanjong is a Phuket native who has spent more than 20 years volunteering for local projects. She is a community representative of Srisoonthorn sub-district and is also involved in many Corporate Social Responsibility projects, such as saving preserved forests and volunteering for the National Human Rights Commission, among others.

Here, she talks about the problem of lack of local involvement in politics and country development, and offers some suggestions to improve the situation.

Every time the government takes any new initiatives in the country, there is never any real involvement at the grass-roots level.

In my opinion, any sort of public hearing by the government doesn’t always have the desired impact. The government spends a lot of money trying to publicize and promote it, and tries to get locals as involved as possible.

However, what they don’t know is that locals hardly care about these issues at all.

The government sends promotional materials such as pamphlets and documents to people’s homes, but most people don’t ever bother to read them. Even efforts to educate people by having the Kamnan (village headman) inform them at local meetings are useless, because most people either don’t attend the meetings or don’t listen if they do attend.

These national policy-making matters are none of their concern. They do not get any money from joining these initiatives or learning all this new information. So, they have no reason to spend time on it. People are uninterested to the extent that some say they would willingly spend that time gambling or playing cards instead of attending ‘boring’ meetings. In their opinion, gambling could – at least potentially – help them earn some money.

Any time there are meetings organized by the government, the first question that locals ask is, “What’s in it for us?”.

We cannot entirely blame anyone for this mentality either. It is a capitalistic world and people care about nothing except money. It’s human nature to care about being rewarded, especially if their financial situation is not stable to begin with.

That is exactly the mentality that politicians exploit to manipulate local people. They have money, and they use it to control everything. Corruption is a serious problem in our society these days. Phuket, as well as the whole Thailand, is controlled by these politicians. As they say, you may not think about politics, but politics always thinks about you.

Locals wait to see how much money politicians can give them; then, once they have it, they will do as they are told.

This is a very worrying situation, and it is worsening not only here in Phuket but all over Thailand as well. The government needs to think of a better solution to solve this problem.

There are several possible ways to approach this issue. I cannot guarantee that these will work, but at least it is worth a try. The government should do whatever they can to improve the standard of living. If families are financially stable, they will be more open-minded toward new ideas.

When the situation at the grass-roots level is stable, people will be more open toward education and care about something other than money. Gradually, the whole system will improve. If the locals have money and education, no one can cheat and manipulate them anymore.

So, how can we improve the standard of living? In my opinion, the first and most important step is to stop corruption. Secondly, the state budget must be used in as transparent a manner as possible. Thailand is not a poor country, but we do need to deal with the problem of corruption and misappropriation of funds.

It is important for us to help each other and rectify the situation – ultimately, it is our national duty to improve Thailand as much as we can.

Opinion: Turning the tide on flooding

Island View: And then there was beef