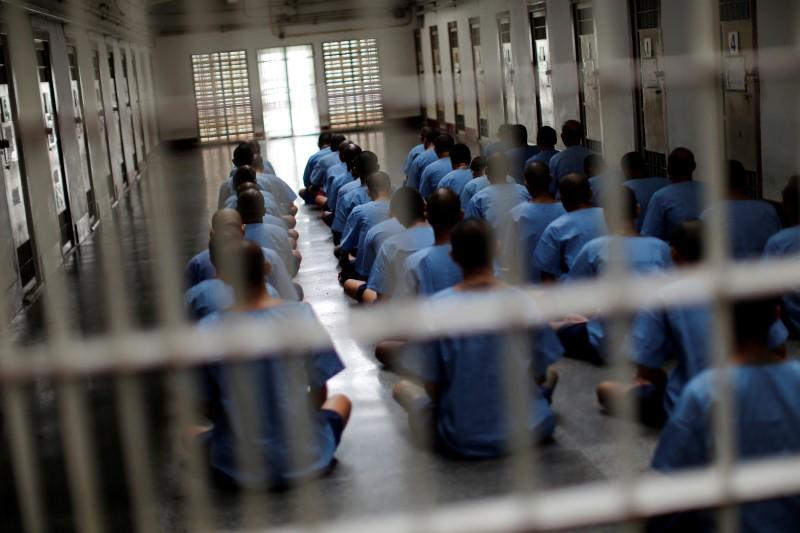 British nationals are more likely to be arrested in Thailand than in any other overseas country, official figures reveal.

However, it’s in Spain and the USA where the highest number of arrests of British nationals were recorded.

The stats, which last week were compiled by statistics company Statista, were taken from the Helping British Nationals Abroad 2015/16 report. 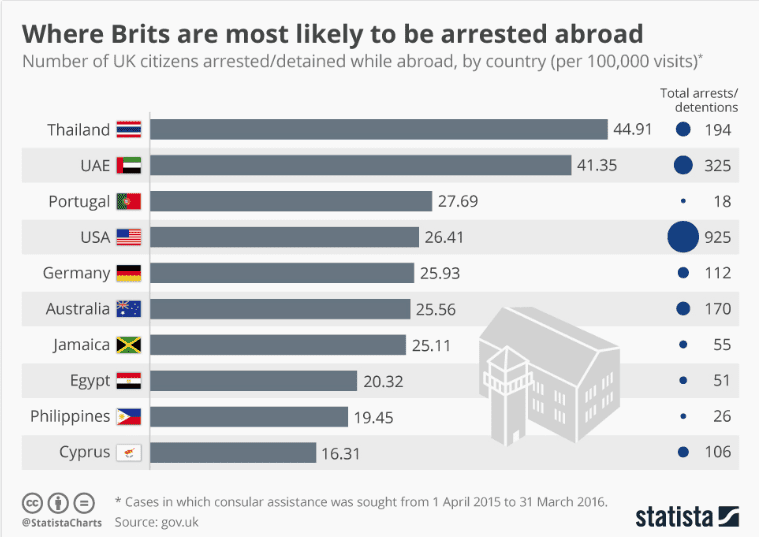 The report found that after Thailand, it’s the UAE and Portugal where Brits are most likely to be arrested with per 100,000 figures of 41.35 and 27.69, respectively.

While Spain topped the list overall with 1,012 arrests, that was from 13 million British visitors, giving it a per 100,000 figure of just 7.8, which is average for most destinations.

The report also found that Thailand is among the countries where Brits are most likely to be hospitalised.

According to the report, Thailand was among the countries to record the highest number of cases involving mental health issues among Brits.

The report also found that the British Embassy in Bangkok is among the busiest consular section in the world, dealing with 1,112 cases during the period of the report, behind only Spain (2,872 cases) and USA (1,516).

The news comes after it was revealed that Thailand was among the most deadly countries for British nationals.

A report by The Sun last month revealed that Brits under the age of 40 are more likely to die in Cambodia and Thailand than in any other overseas country.

Thailand and Cambodia had more deaths per capita than any other country.