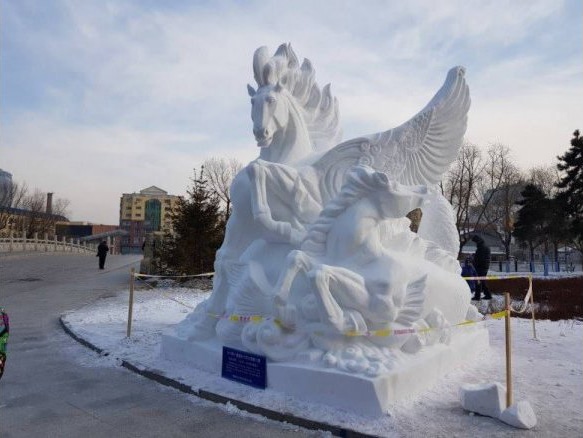 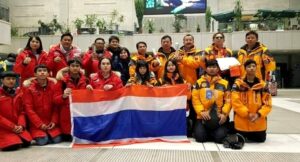 “My friends and I are very proud and happy to win the awards. We had great expectations for this competition, as this is our last year to attend the contest before graduation. Next year, our junior students will take up this task,” said Abhisit.

Teacher Pisit said he was very proud of the team’s success, as they had overcome many obstacles and worked hard to prepare for the contest.

“It feels like a great weight has been lifted from our chests, and we are very happy to dedicate these awards as a gift to the whole Thai nation,” he said.

They were among the three teams that represented the Kingdom in this year’s competition, which featured 52 other teams from 11 countries. The other Thai teams were from Surat Thani Vocational College and Samut Prakan Technical College.
These colleges jointly won the first runner-up award for their statues – one about traditional Thai game of cockfighting and the other about auspicious creatures, featuring dragons and turtles.
The Thai students will return to Suvarnabhumi International Airport on Tuesday afternoon.