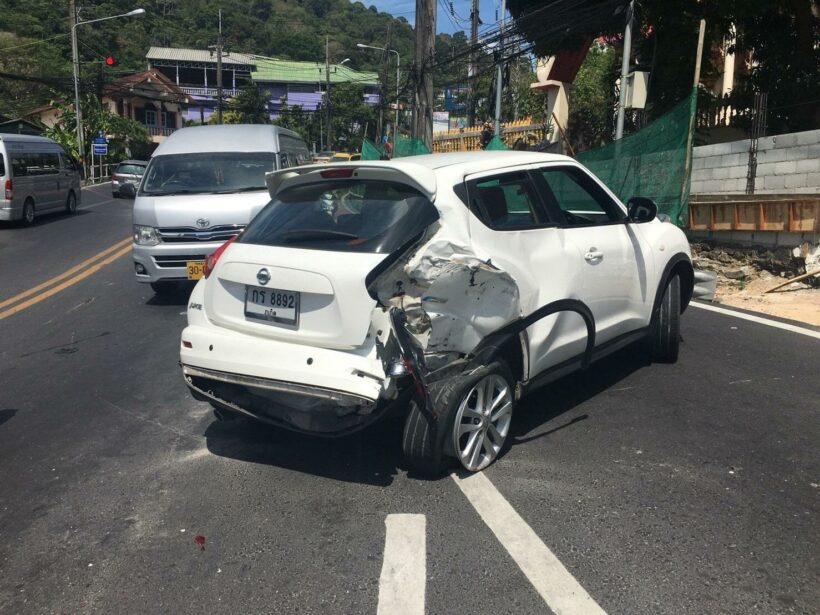 At about 2 pm yesterday (February 25), a bus suffered alleged brake failure, crashing into 6 cars in front of the temple down Patong Hill, resulting in one injury.

The bus damaged 6 cars including 2 vans, a Toyota car, 2 Nissans and a Mazda pick-up truck. All the cars were driving in front of the bus driven by 40 year old Kitti Nakchot. The bus lost control after the brake failure and crashed into the 6 cars at high speed.

Fortunately, all injuries were relatively minor but all were taken to Patong Hospital for observation. One remains in hospital.

The bus driver was brought to Patong Police Station for further questioning over the incident.

The crash caused trailbacks all the way down the hill into Kathu for 2-3 hours. 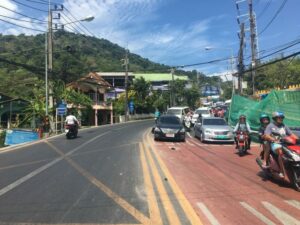 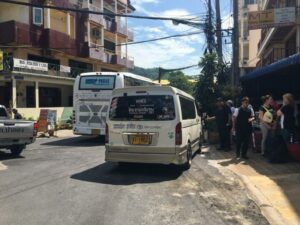 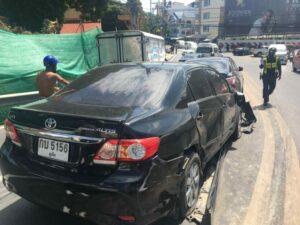 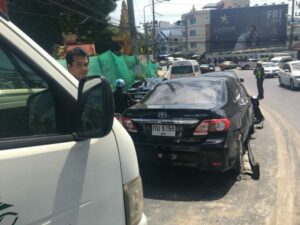 January by numbers – Car registrations and tourist numbers up