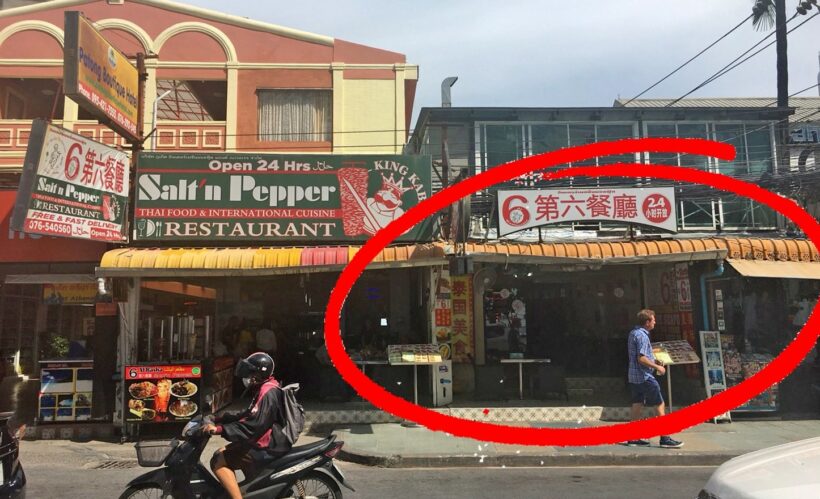 Phuket’s Tourist Police have arrested the owners of an overpriced restaurant named ‘6 Restaurants’, located in Patong, after receiving reports from more than 19 Chinese tourists.

Apart from the reports, photos from the restaurant also went viral in Chinese social media about the over-priced prawn dish of 300 baht per 100 grams (3,000 baht per kilogram!)

The report mentioned that ‘the prawn menu costs go as high as 1,000 Yuan’ (or about 4,941 Baht) and ‘if the customer refuses to pay the bill, they would be threatened by the restaurant’s staff’.

A team from the Phuket Tourist Police and Phuket Provincial Commercial Office, Ministry of Commerce sent undercover officers to order the ‘Garlic Prawn’ menu as reported from the 6 Restaurant located on Taweewong Road.

Kanyanat Chukeaw from ‘6 Restaurant’ has been charged for defrauding consumers and was taken to Kathu Police Station for questioning.

Yaowapa Ponkeha, from Phuket Provincial Commercial Office Ministry of Commerce, says that the restaurant was reported since October last year for not putting price tags so officials went to warn them and asked them to put price tags on their menu.

“That was the first report we received about this restaurant. They were arrested for not putting price tags on their menus last October as we have already warned them and they didn’t follow our directions,” she said.

If you notice any irregularities in the prices of menu items please report to the Tourist Police by calling 1155. 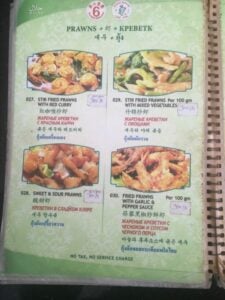 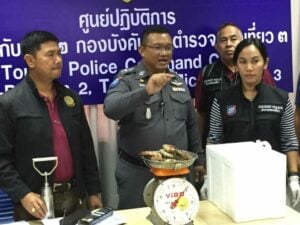 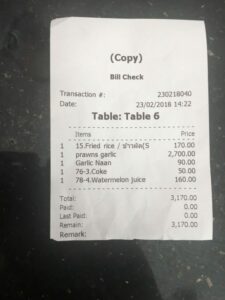