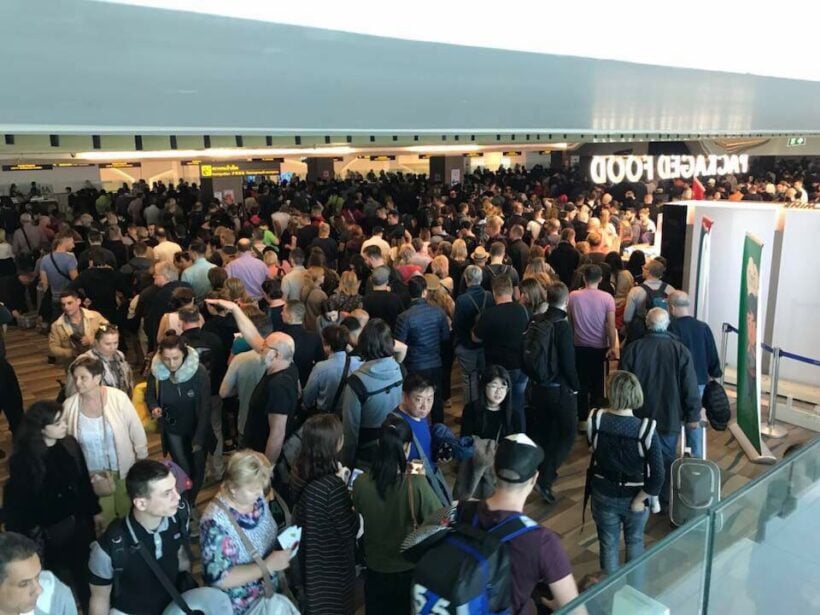 The closure of runway 09 resulted in a big back-up of ‘not happy’ passengers waiting for their delayed flights.

The runway fix started early morning yesterday (February 26) and finished at 6.30am this morning as planned. However, there are a large number of remaining passengers as the relative authorities reshuffle arrival and departure times and runway ‘slots’.

There were 66 flights affected by the construction yesterday while anoth 78 flights have been affected today, including 39 arrivals and 39 departures from 22 airlines.

A passenger, who had a flight to Don Muang International Airport at 5.30am today, had to wait four hours before catching the flight. The passenger mentioned that there were no announcements from the airline about the delay, nor did any of the airline staff have any answers about the delays.

“I would like to ask the departments involved to cooperate with each other and solve this problem. Apart from the delay, the electricity also went off while we were waiting,” noted the passenger.

Phuket International Airport has been beset with problems during its renovations including delayed construction, inadequate car parking, disorganised traffic into and out of the terminals, lack of communication from airport staff, falling ceilings and air-conditioning either inadequate or not working at all.