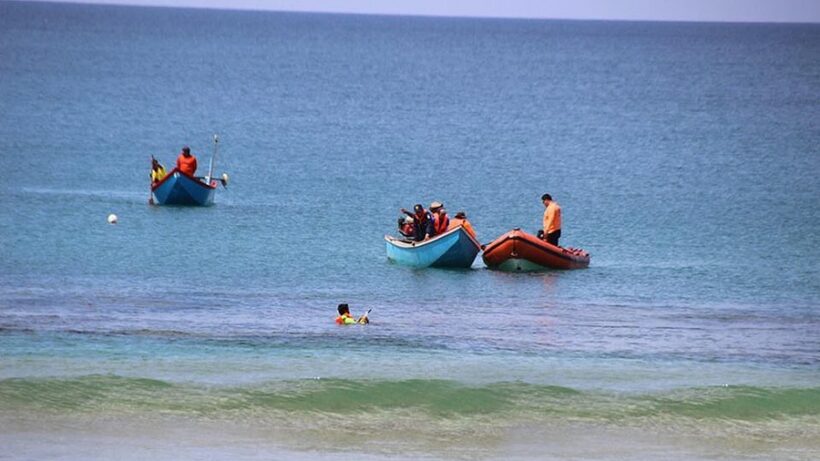 Officials are continuing their search off Phang Nga Sea for a Chinese tourist who was swept away by a big wave and went missing on Friday evening.

Officials from the Phang Nga disaster prevention and mitigation office, sailors from the Navy’s Phang Nga base, marine police and Kusoltham Phuket Foundation rescuers resumed the search for 27 year old Yang Juan starting from 8.30am yesterday.

Yang went missing after she and four other Chinese tourists were washed away by strong waves at the beach in front of Dusit Hotspring Beach and Spa Hotel in Thai Muang district at 6pm. 29 year old Wang Qi and 25 year old Jiang Yufu drowned in the incident whilst two 28 year olds were injured and taken to Vachira Hospital in Phuket.

The two injured tourists returned China this morning from the Krabi International Airport. Officials said relatives of the drowned tourists were in the process of seeking documents to travel to Thailand to retrieve the bodies.

Their tour company had bought insurance that will pay 1 million baht for each death and pay medical bills for the injured up to 500,000 baht each.

More than 100 new political parties poised to launch next month