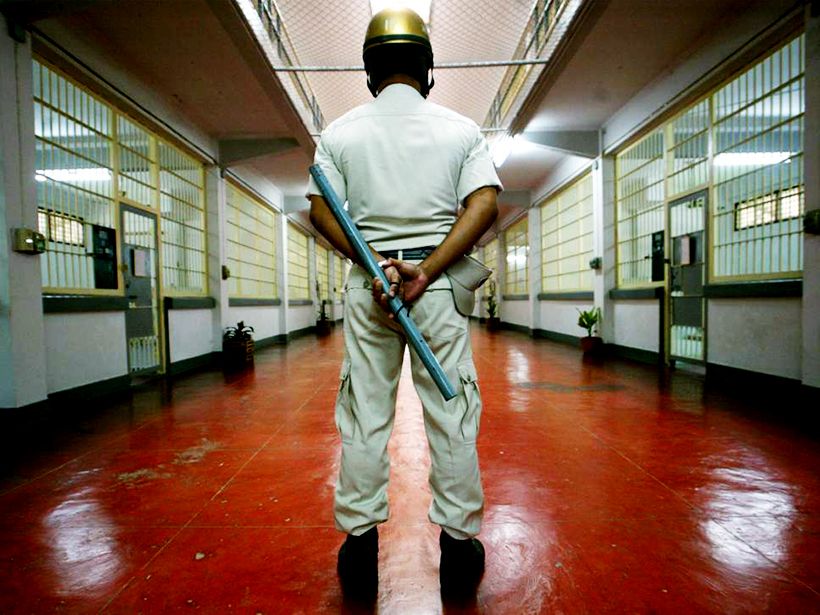 Six prison officers have been dismissed by the Department of Corrections (DOC) following involvement in a varied and disturbing range of transgressions.

Out of the six officers, one was arrested for charges of collusion to commit murder and has been sentenced to life in prison by the Supreme Court.

Another was found connected to the smuggling of narcotics and other drug offences, where yet another smuggled tattoo ink into the jail in exchange for some form of payment.

Two officers had skipped work for over 15 days, with one of the pair also testing positive for methamphetamine

The DOC has expelled all five from the department.

The panel has also resolved to discharge of a sixth officer from his government service job as he was found to have smuggled and supplied five pills of Benzhexol to a prisoner. The medicine is not allowed in Thai prisons, can be used to treat Parkinson’s disease, but can also be used for its narcotic effects.

Last year the department dismissed 43 officers, due to ‘detrimental and disgraceful actions to public confidence’.

“The staff are are expected to perform their duty with transparency, integrity and accountability.”

The DOC says these punishments should serve as a deterrent to other officers who may be lured by temptation to offend, as well as raise confidence in the corrections office.