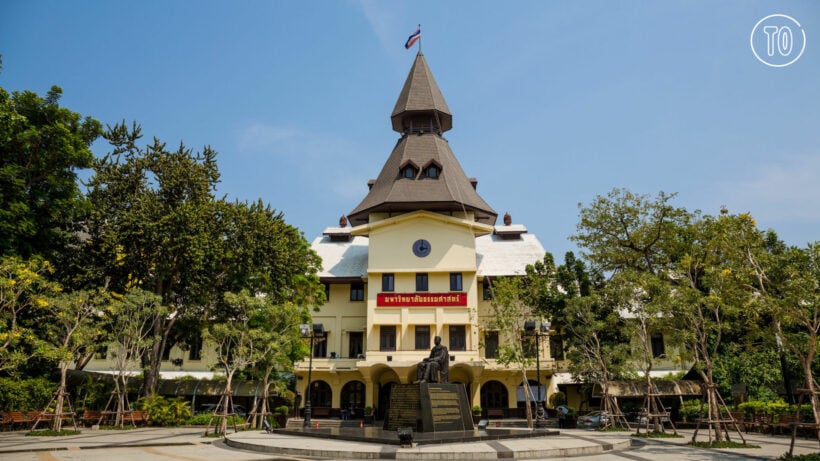 The school rejected a proposal by the group to hold the rally, setting up an impasse and potential conflicts leading up to next Saturday’s rally

But the organisers of the proposed protest, the United Front of Thammasat and Demonstration, are adamant that they hold the rally at the university. Student Panasaya Sitthijirawattanakul, the main organiser of the protest, has confirmed that members will hold the rally on September 19.

The group says that they’re ready to negotiate with university executives, and local police, to allow its members to hold the rally.

To make matters worse, the students predicted that they expected up to 50,000 people attending the rally. All the additional attention that the university’s decision is creating will likely swell the numbers of people attending, as the situation goes viral on social media.

Panasaya is now urging the university’s current rector, lecturers and alumni to come and join fight for democracy “as Thammasat students did in the past”. She’s also foreshadowed that she would, along with below organiser Parit Chiwarak, be arrested on the day.

As the protest spokesperson, she is making the position of the organisers clear.

“We will rally at Thammasat University Tha Prachan, and not change to another venue. If they lock the gates, we will break the chain.”

“We will also speak about the monarchy reform topic during the demonstration.”

The situation now pits the students, university executives, police and the government at loggerheads about how to proceed with the rally. There will also be ‘spoilers’, and other opposition groups describing themselves as ‘royalists’, wanting to become involved in the day’s activities, which could spark violence – something PM Prayut and government officials are trying to avoid.

Anusorn Unno, dean of the Faculty of Sociology and Anthropology and an adviser to the rally organisers, says he  disagrees with the university’s decision to prohibit the group from rallying at Tha Prachan campus next week.

“The rally could escalate if the university closed its gates or police were deployed to prevent the protesters from rallying at the campus.”
But a former rector of the university says he is objecting to the plans for the demonstration, castigating the organisers for their lack of transparency and doubts their ability to hold a peaceful protest.

“Their statement that they will rally peacefully is beyond their capacity, especially when they plan to pour 40,000 protesters into Government House afterwards.”