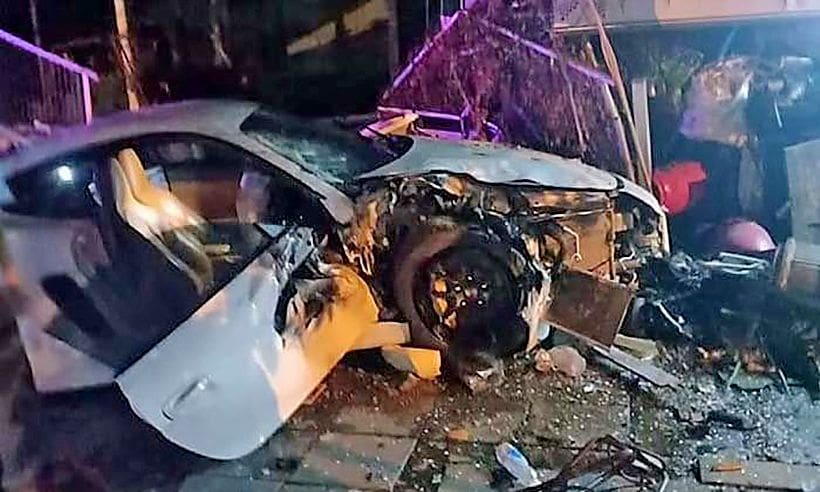 A Porsche Cayman S has been involved in a collision with two women on a motorcycle at 3am this morning (Saturday). The incident happened in Putthamonthon Sai 3 Soi 5.

Thai Rath reports that the carnage happened as the vehicles collided outside a car repair yard.

A friend of the women says that 24 year old Tern had lost her leg in the collision but somehow managed to call her husband for help on her phone. When he arrived at the scene she had already died. Tern was the mother of a two year old. Oo, also 24, lost a leg as well and had to have her arm amputated after being rushed tp Sirirat Hospital.

Oo was also three months pregnant and lost her baby. She is currently remains in intensive care.

Thai Rath says that unconfirmed reports suggest the driver of the Porsche was picked up by friends and removed from the scene. Since those reports investigating officer Capt Napasakon Thongsaeng of the Nong Khang Phlu police confirmed that the Porsche driver was in hospital with two broken legs.

The same sources say there was no assistance provided to the other victims left at the scene. Further claims say the Porsche driver was earlier drinking alcohol.

Pol Capt Napasakon says that an investigation is now underway but that those involved are yet to be interviewed and there was still no clear idea of what happened beyond the small pieces of information they already had. CCTV is still being examined. 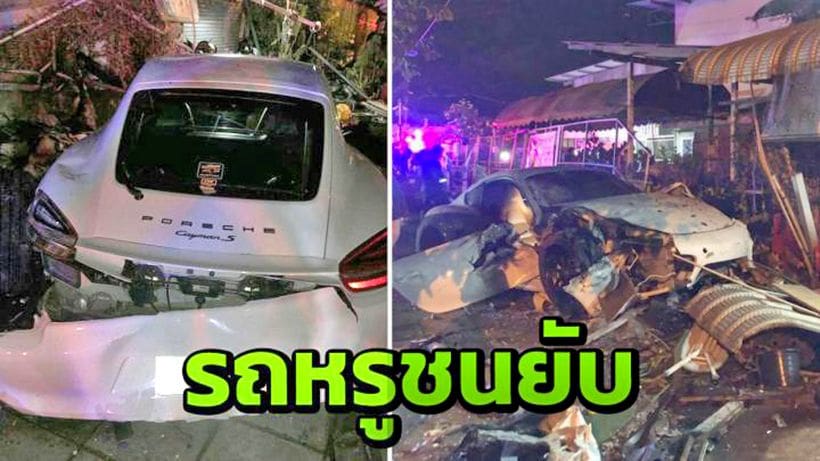 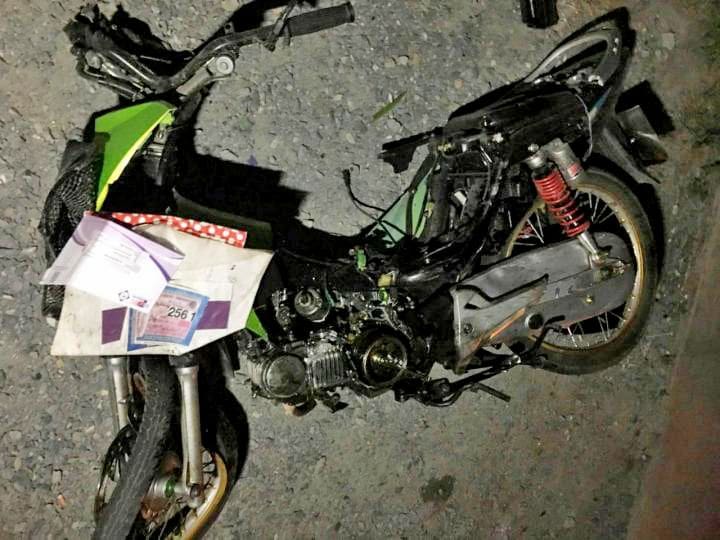 Chemical fire in a pick-up on on Sukhumvit Road