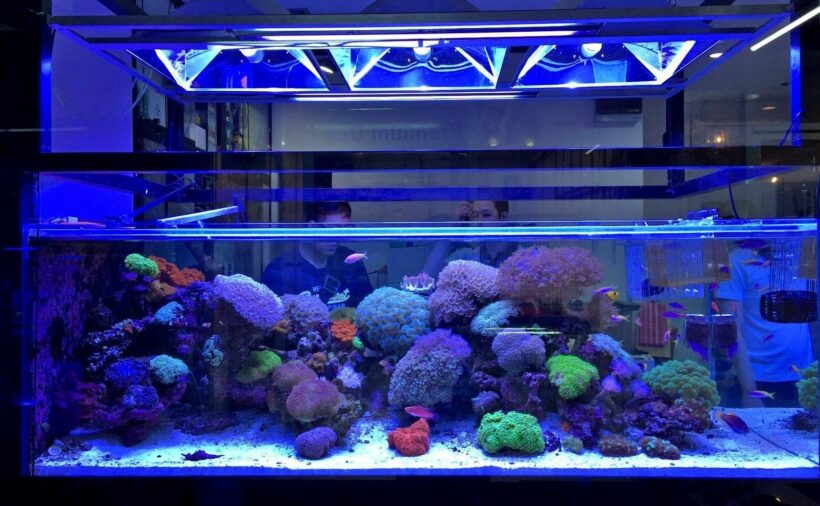 Thai PBS are reporting that police and officials in Bangkok have swooped on shops in Chatuchak, in Bangkok’s northern suburbs, and seized a substantial haul of decorative corals and coralline algae.

A member of the Yiew Dong (forest hawk) task force of the Department of National Parks, Wildlife and Plant Conservation, said the Ministry of Natural Resources and Environment received lots of complaints from the public about several shops in the Chatuchak area selling banned marine products such as corals and coralline algae as well as protected wildlife species.

With search warrants issued by the Criminal Court, members of the task force, police and officials launched a coordinated raid, targeting three shops suspected of harboring the illegal items.

At one shop, reportedly owned by 24 year old Ms Supatra Saengkham, officials found nine packs of hard corals and 15 soft coral packs. Police say the shop does not have a permit to possess or trade in these items.

At the second shop, Khun Nuwat, from the Yiew Dong task force, said the shopowner shuttered the shop and escaped before the arrival of the raiding party. Nevertheless officials used a bolt cutter to cut the lock and entered the shop where they found 29 hard coral packs.

Three more soft coral packs were found in the third shop and its owner, Mr Sikharin Siriboon admitted he owned the corals but could not produce any official permit.

Khun Nuwat said that most of the corals would be sold to aquarium tropical fish enthusiasts at between 20-500 baht for a small pack.