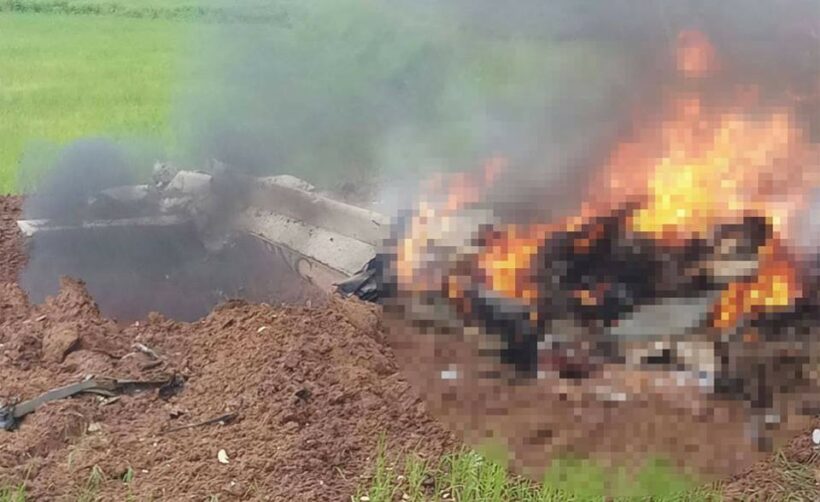 A small privately-owned plane* has crashed in a field in Khon Kaen, north-east Thailand, this morning (July 18). Three people are reported dead.

Chonnabot Police in Khon Kaen were notified of the incident from locals saying that a small aircraft crashed into a field and burst into flames in Baan Hooling in Chonnabot district at 9am.

Three people have been reported dead including the captain and two passengers. Police, rescue workers and fire fighters rushed to the scene. The national Police Commander Jakthip Chaijinda has ordered the Region 4 police to investigate the incident.

A private helicopter crashed in Chonnabot district of the northeastern province of Khon Kaen on Wednesday morning (July 18), killing three people on board, police said. Pol Col Kirati Amornpatpanin, the Chonnabot police chief, said the helicopter crashed at about 9am in a rice field near Ban Nong Pling in Tambon Wang Saeng and went up in flames.