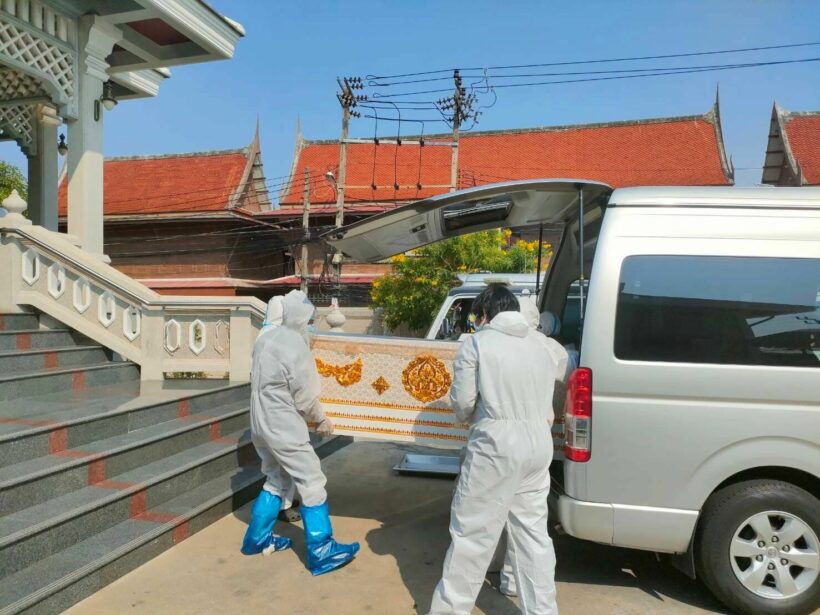 Staff from a hospital in Bangkok interrupted a funeral right before the cremation ceremony to tell the family that they had accidentally given them the wrong corpse.

After discovering that the wrong corpse had been given away, staff from the Siriraj Hospital in Bangkok quickly went to the ceremony and told the family “the corpses were switched!”

The husband of the 55 year old woman who had died from cancer while infected with Covid-19 says he picked up his wife’s body from the Siriraj Hospital. The body was in a sealed bag and there was no name tag. He says he asked officers to make sure his wife’s body was in the bag, and they confirmed.

For Buddhist funeral ceremonies, monks typically chant for three to seven days, but since the pandemic, many have shortened the ceremonies to only one day for the cremation ceremony. Under Covid-19 prevention measures, hospitals deliver the bodies of those who died while infected with the virus to cremation ceremonies and families are told not to open the sealed body bag to prevent the spread of the disease.

The husband told Thai media that the hospital staff realised their mistake when they couldn’t find the corpse for another family. Since he lost his trust in the hospital, he asked staff to open the bag so he could confirm that he had been given his wife’s body.

The hospital issued a letter apologising for their mistake, adding that the hospital will investigate and prevent similar incidents from happening in the future. 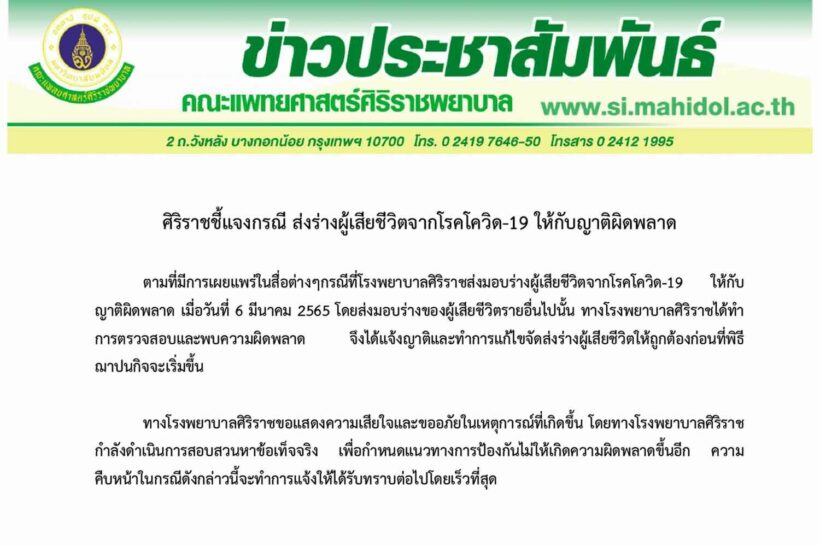 Fluke
1 hour ago, LoongFred said: It happens everywhere. Sometimes the remains are not in good shape and no one wants to look or do a bathing ceremony. Usually someone picks up the body and most don't look. It happened in…
LoongFred
29 minutes ago, Fluke said: If it happened in the USA , then its perfectly acceptable for it to happen in Thailand . It happens everywhere. It's a problem because no one wants to identify the remains.

Fluke
11 minutes ago, LoongFred said: It happens everywhere. It's a problem because no one wants to identify the remains. Americans always seem to compare any given subject with what happens in America . *I lost my telephone today" "In America,…
Gene
That's right. We have obnoxious boors in America too.

Poolie
21 minutes ago, Gene said: That's right. We have obnoxious boors in America too. Lots of them. 😀