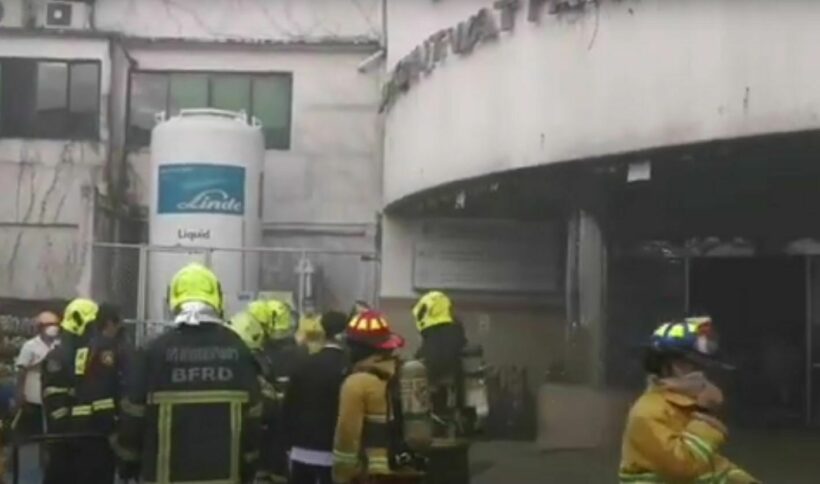 A fire broke out at Mongkutwattana Hospital in Bangkok yesterday morning, though it appears everyone was evacuated and no one was harmed. The hospital, on Chaeng Wattana Road in the Laksi district of northern Bangkok, was reported to have gone up in flames around 7 am yesterday.

Thai media published photos of crowds outside the hospital in what appears to be an orderly evacuation with no reported injury. It appears that no one was in the area of the hospital where the fire took place at the time.

Don Muang fire and rescue services raced to the hospital yesterday as a large amount of black smoke was seen emanating from the medical facility building and were able to contain and extinguish the flames without incident.

Preliminary investigations point towards an electrical junction box with a short circuit as the source of the fire, but no official word has been released yet regarding the cause.

Russell
Cause: Possible electrical fault. It is a wonder that there is not a lot more fires caused by electrical faults in Thailand when you see the workmanship of many of the so called tradesmen and the quality of their work