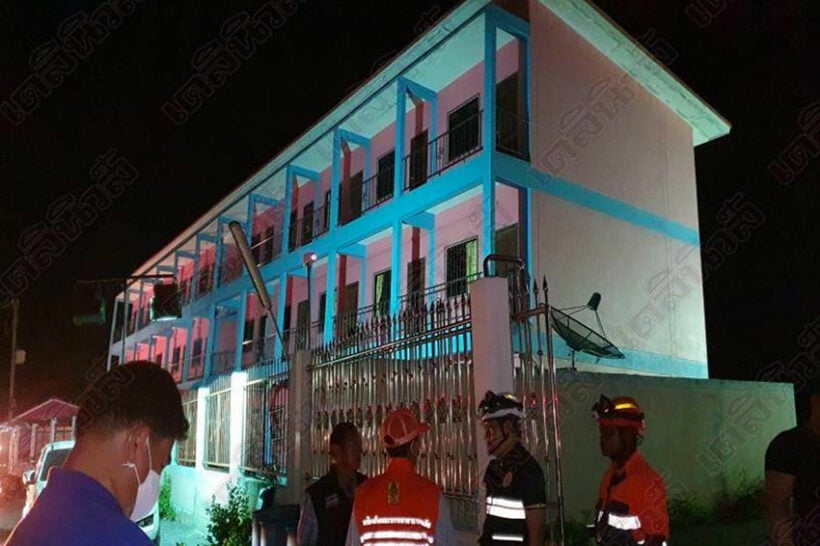 In 2 separate incidents, the area around the 3 storey flat block that tilted and partially collapsed on Wednesday in the in Samut Sakhon, southwest of Bangkok, has been declared a disaster zone. And in neighbouring Samut Prakun, due south of the capitol, the Engineering Institute of Thailand is investigating 20 houses where pillars, ceilings, roofs and walls were found cracked the same day.

The declaration on the apartment area was made at an urgent meeting called by Samut Sakhon’s deputy provincial governor, which also ordered that a panel be formed to establish the cause of the incident within 2 days. Another committee is examining the building’s design and whether it was approved by city planners.

A sign now warns that the area is off-limits to unauthorised personnel, despite media reports that the meeting ordered local officials to allow tenants to return to retrieve essential belongings. Now that a disaster zone has been declared, the provincial office can enable emergency funds to be disbursed as relief for those affected.

The block, in Soi Seree Factory, tambon Phanthai Norasing, shook and then partially collapsed at 7pm on Wednesday, sending terrified residents fleeing for their lives. The incident was captured on video and went viral on social media. Fortunately, no casualties were reported. Most residents were factory workers and many were in their rooms at the time.

CCTV camera footage showed the building suddenly subsiding in a cloud of dust and rubble. When the dust cleared be seen leaning backwards, with the first-storey pillars at the front of the building severed at the top.

But the building remained standing, and shocked residents were all able to get out unharmed, although some had to break their way out of their rooms because their doors were jammed shut or blocked. They said walls and ceilings were all cracked.

67 year old building owner Yiam Kamlim said it was built in 2015 and its foundation piles are 21 metres deep. She told reporters Her tenants will be re-housed at a new building that stands on 30-metre-deep piles. Some displaced tenants were even being accommodated temporarily at Yiam’s house.

The EIT surveyed the site yesterday with a team bringing equipment to measure the extent of the structural damage and investigate the possible cause of the ground subsidence. Institute president Thanes Veerasiri said a nearby pond may have compromised the building’s structural strength. 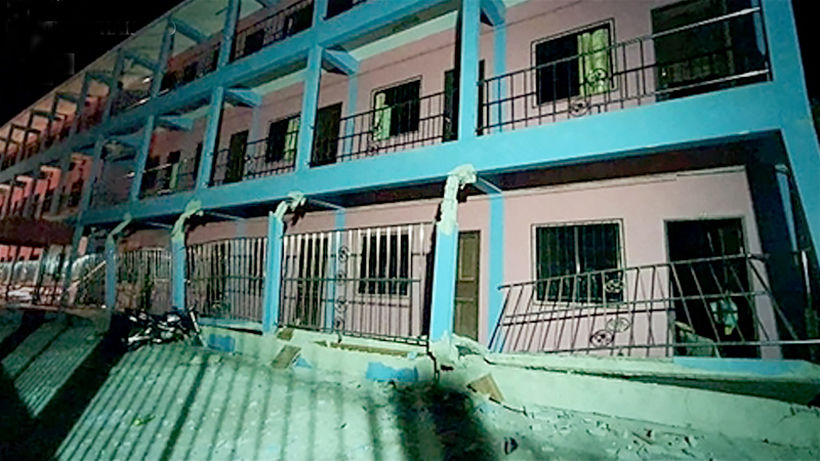 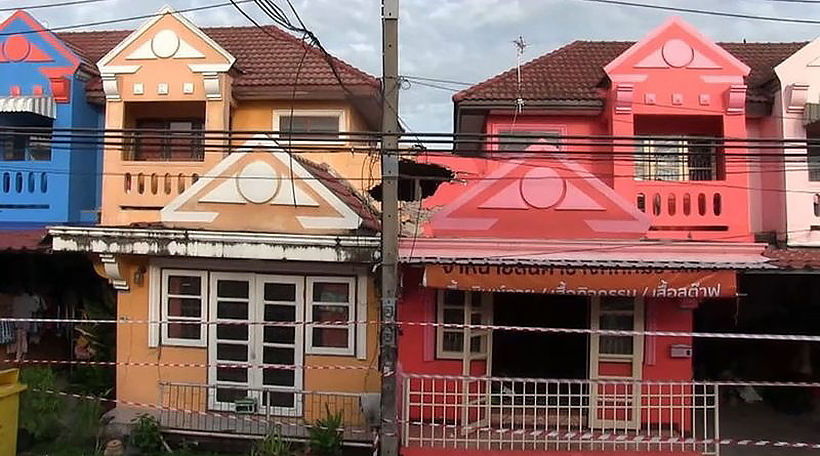 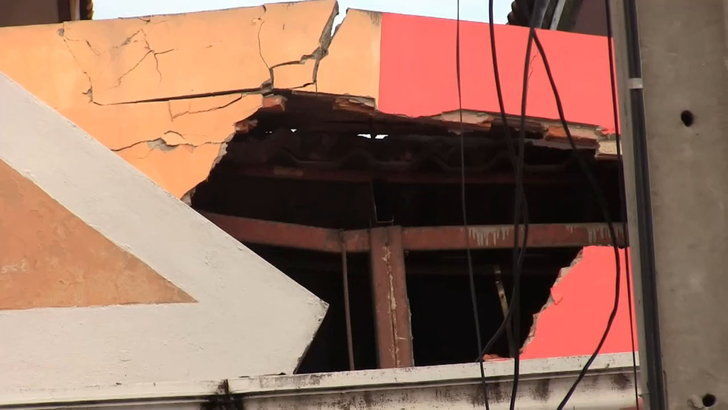