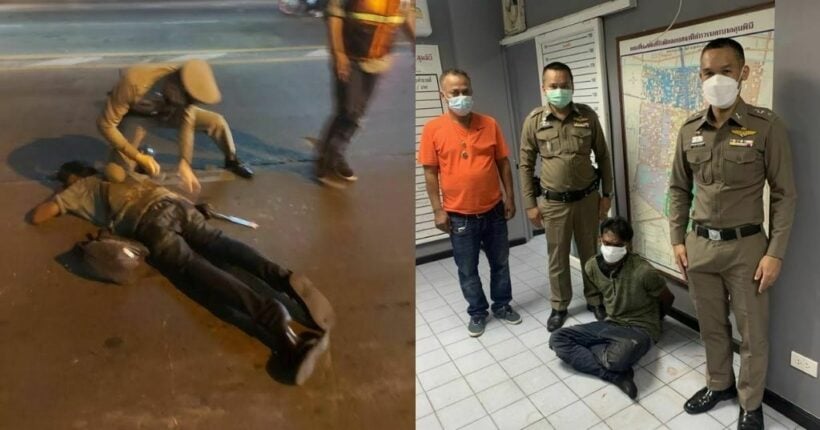 Police officers arrested a Thai man for stabbing a Japanese expat in Bangkok’s Nana area on Sukhumvit Soi 13. Reports say the suspect ran down to Soi 19 with a bloody knife still in his hand. An officer shot him with a stun gun before detaining him.

On Saturday, the man allegedly stabbed the 36 year old Japanese businessman in the neck and mouth using a knife around 30 centimetres long. Reports say he tried to attack police officers, so a stun gun was fired to prevent him from hurting anyone.

The Japanese victim was sent to a hospital in severe condition. Thai media says he underwent surgery and is now in a stable condition. Officers will question the victim once he recovers.

The suspect reportedly claimed to be homeless and slept in a spot near where the stabbing occurred. He allegedly confessed to stabbing the Japanese man, claiming the man tried to attack him first. Officers added that the suspect seemed to be confused and will undergo a mental health check.

Officers charged the suspect with bringing a weapon to a public area without permission and assault which led to physical and mental harm. Police say the suspect has been charged with trespassing in the southern province Nakhon Si Thammarat.