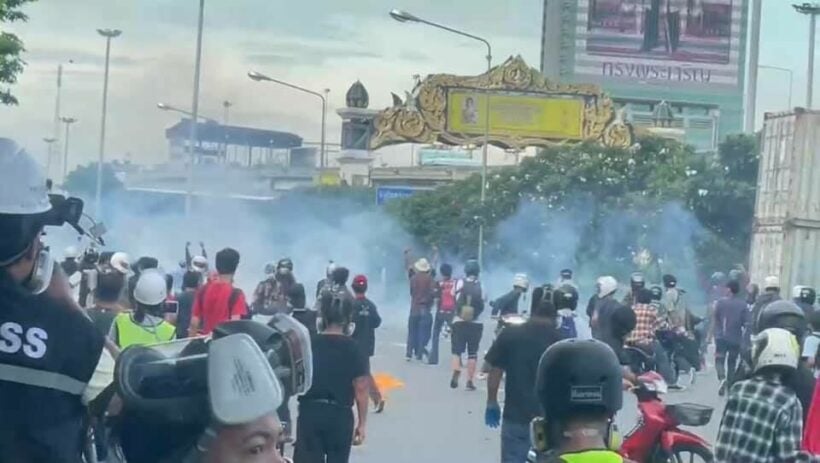 A 64 year old man who had been struck by a rubber bullet fired during one of the violent clashes with police at Bangkok’s Din Daeng area back in August died after several months of being bedridden. The Din Daeng area had been the site of numerous clashes between police and anti-government protesters, particularly a young group called “Thalugas” which means “mob through tear gas.”

A rubber bullet hit Mana Hongthong in the head as he was walking to his apartment on Maitri Road, according to the Centre of Thai Lawyers for Human Rights. Reports say the bullet is believed to have been fired by crowd control police during a clash with the group Thalugas, who have been known for violent tactics like throwing ping pong bombs at officers. The human rights group says Mana was an innocent bystander.

He suffered serious head injuries and has been bedridden since the incident. Mana died on Saturday at his apartment in Din Daeng.

The rights group says Mana is the second fatal shooting during protests over the past year. In August of last year, a 15 year old was shot in the back during a Thalugas rally and died after being in a coma for a few months. A 28 year old was arrested for allegedly shooting the teenager.

Prices for instant noodles, condensed milk to rise next month