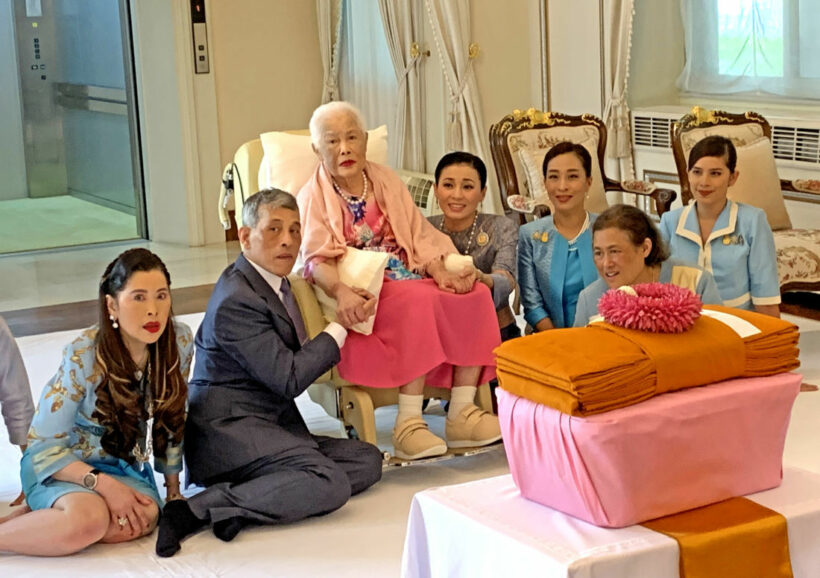 Her Majesty Queen Sirikit, the Queen Mother, has been admitted to Chulalongkorn Hospital in Bangkok for follow-up examinations.

According to the announcement from the Bureau of the Royal Household, which was issued yesterday, the Queen Mother was admitted to Chulalongkorn University on Saturday on the advice of doctors for a previously scheduled follow-up on her condition and some additional examinations.

Her Majesty was last seen on August 12 in private photos issued by the palace on the occasion of Mothers Day in Thailand, the date set from Her Majesty’s actual birthday.