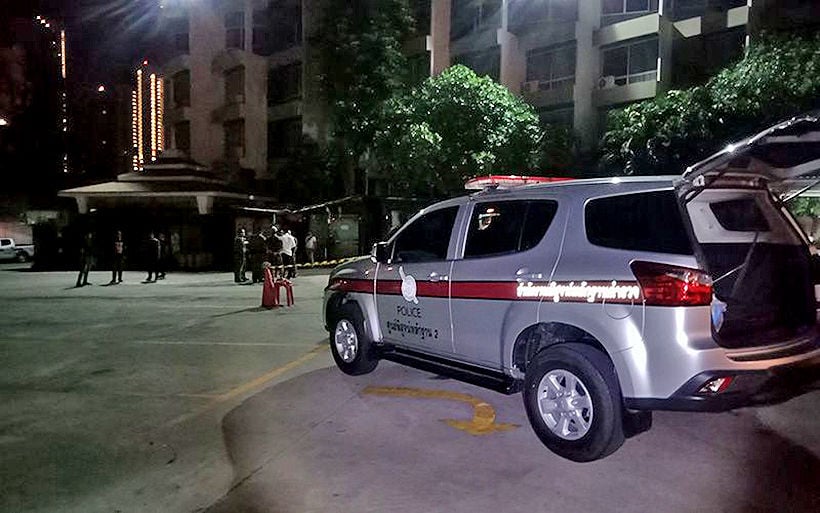 Police are continuing their investigations after a fatal shooting by a police officer in the car park of a North Pattaya hotel last Friday night. Four witnesses were interviewed over the weekend.

The officers headed to the third floor of the hotel but the suspect, 35 year old Prajakchai Siriwech, evaded capture and was found in the car park still armed with a knife.

Naew Na report that Sgt Rungniran ordered the suspect to lay down his knife, which he did. As the sergeant moved in to cuff the suspect he picked up the knife again and went for the officer who tried to defend himself with a truncheon. The officer was hit in the right hand and lost the truncheon.

The suspect then allegedly attacked the officer with his knife but the sergeant drew his 9mm gun and shot the man in the head. The officer claims he was not aiming for the man’s head and did not intend killing him.

The dead man already had convictions for possessing drugs in Bung Kan province back in 2012. A full inquiry is underway, including gathering testimonies from four people at the scene.

Hundreds of Pattaya tour guides rounded up in crackdown