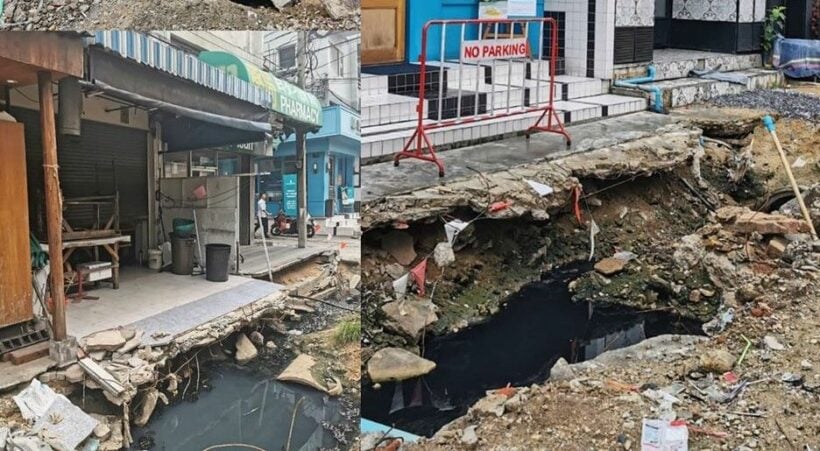 A Bangkok restaurateur has been left surprised by the power of social media, after his online complaint led to workers rushing back to fill a gaping hole they’d left outside his premises 3 months ago. Donald Woo, a Hong Kong expat who runs a noodle shop in the capital, took to Facebook to voice his frustration after workers abandoned a pipe-laying project outside his restaurant in April, leaving a huge hole in the street that has been there ever since.

“Many thanks to the District department especially during this pandemic time. In April they decided to replace the water pipes in front of our shop. It took them 1-2 days to make the road look like this, then 3 months past and it’s still the same!!”

The photos he posted showed the significant size of the hole, creating a considerable obstacle for customers trying to reach his shop, as well as several other neighbouring businesses. Woo says while his noodle shop primarily provides a takeaway and delivery service, a neighbouring Thai restaurant had been forced to close as a result of the crater right outside its door. He adds that the hole posed a significant danger to pedestrians, particularly children and the elderly.

Meanwhile, less than 24 hours after posting, with his sarcastic words widely shared by friends and customers, a local official from the Wattana district of Bangkok got in touch. By the following morning, workers were outside his restaurant repairing the hole, with the work completed the next day. 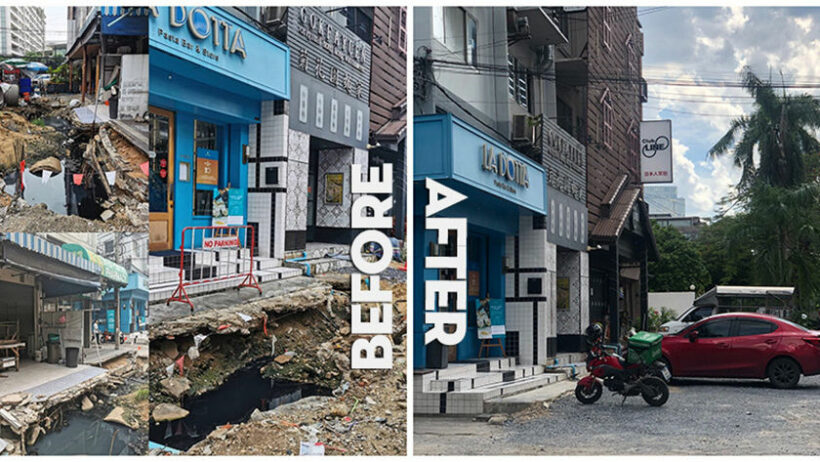 Woo says the success of his Facebook post has highlighted the importance of “saving face” in Thai culture. He adds that his gratitude lies with everyone who shared the post, not the government workers who created the problem in the first place.

“I think it’s a normal problem with Thailand that nothing gets fixed until someone’s face is hurt. I won’t thank the government officials or whoever gets it fixed because they left it a problem for 3 months while it could have been done this quick. I thank my customers and everyone who shared our story.”