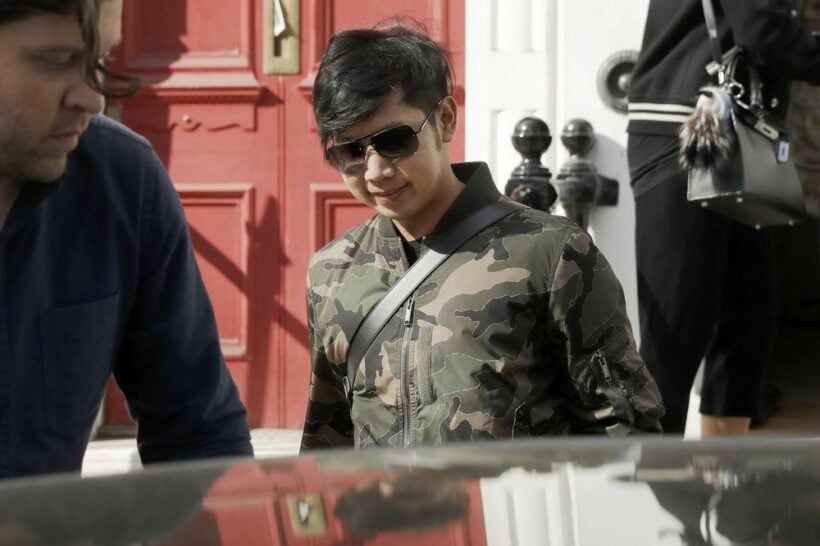 Police are claiming that illicit drugs, including cocaine, found in the blood samples of Red Bull scion Vorayuth “Boss” Yoovidhya in the infamous fatal 2012 hit-and-run case were for his dental treatment. A parliamentary committee invited officials yesterday for questioning regarding case. A spokesman for the committee told a press briefing that the panel questioned officers who handled the case as to why they didn’t press charges related to illicit drug use against Vorayuth despite a blood test proving the use of narcotics.

Officers told the committee they didn’t press the charge because a dentist confirmed he had administered medicines, which included cocaine as a component, for dental treatment. When Vorayuth drank alcohol, he said, it mixed with the medicines, causing chemical substances in his body to be released. Police didn’t provide clear details and had no medical documents to prove that substances found in Vorayuth’s blood were the result of dental treatment.

The spokesman said the issue is important and the Royal Thai Police are duty-bound to provide an explanation to clear suspicion. Sira Jenjaka, chairman of the House Committee on Legal Affairs, Justice and Human Rights, said police will consider bringing a new drugs-related charge against Vorayuth.

Sira, a Palang Pracharath Party MP for Bangkok, said police who handled the case told the committee on Wednesday that the medical report containing Vorayuth’s test results was in a file that had been submitted to prosecutors. The results show there were “substances found in the body of Mr Vorayuth”.

3 activists claimed previously they had evidence to prove Vorayuth had illicit drugs, including cocaine, in his system on the day of the incident. They cited a letter by the head of the Forensic Pathology programme at Mahidol University to the head of the faculty’s Department of Pathology.

He said Vorayuth and his lawyer have been invited to testify before the panel. If they fail to show up, as has often been the case in the past, they will be summoned by law.