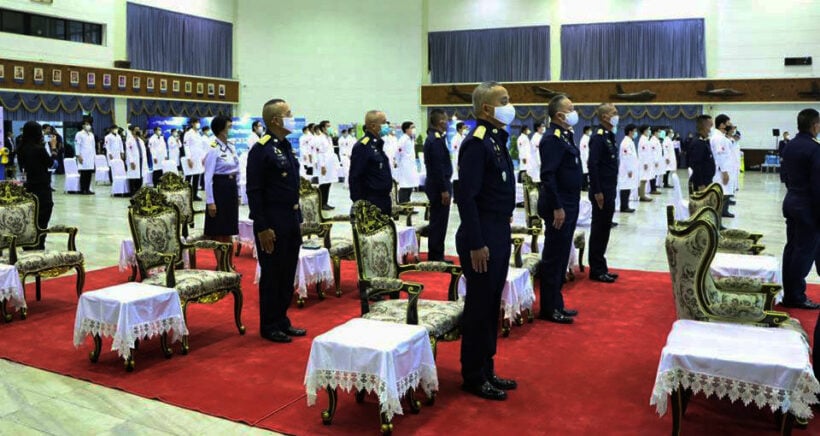 Even though Thailand’s government has managed to decrease the number of daily infections, authorities still have a huge workload of looking out for patients and processing new arrivals at state quarantine facilities.

So 50 ex-military doctors have been recalled by the Royal Thai Air Force in an “essential mission” of battling Thailand’s Covid-19 outbreak.

Air force chief Air Chief Marshal Maanat Wongwat says “The air force has also joined the fight, so we need to prepare our medical personnel for the situation.”

“This is the first time the air force has called up its former-officers to reinforce its military personnel. Everyone has both air force blood and spirit as a doctor, we will fight the war against this virus together.” 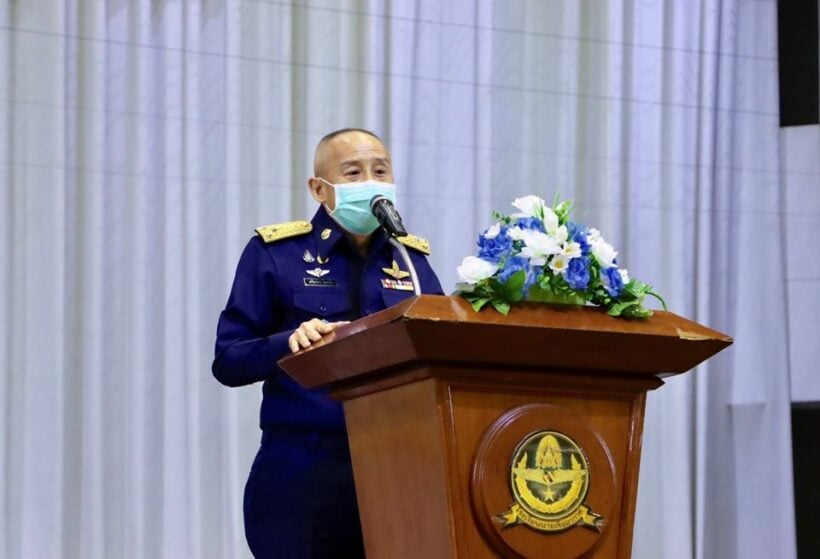 All the doctors previously served at air force-run hospitals before resigning to work for private hospitals or opening their own clinics. Most of the doctors, aged under 50, will serve the air force up to April 30 at least. The doctors will be split into two groups…

Each doctor will be given a daily allowance of 240 baht.

The air force is also following an urgent policy to have state agencies cut their budgets to enable the government to fund measures against the Covid-19 pandemic and cope with its impact on the economy.

“We will slash 23% of our annual budget,” ACM Maanat said.

“The decrease will not seriously affect development plans, although the air force will be required to adjust some projects and outlays.”

The air force will reportedly delay a 2.4 billion baht spend on a T-50 trainer jet order from South Korea, as well as the upgrade of C-130 aircraft and other construction projects valued over 3 billion baht.

Some of the Air Forces former doctors said they were happy to return to the service of their country.

“I raised no questions when the air force called me. As a soldier, I’m ready to join the mission.” – Former Squadron leader Nathi Diphorm. 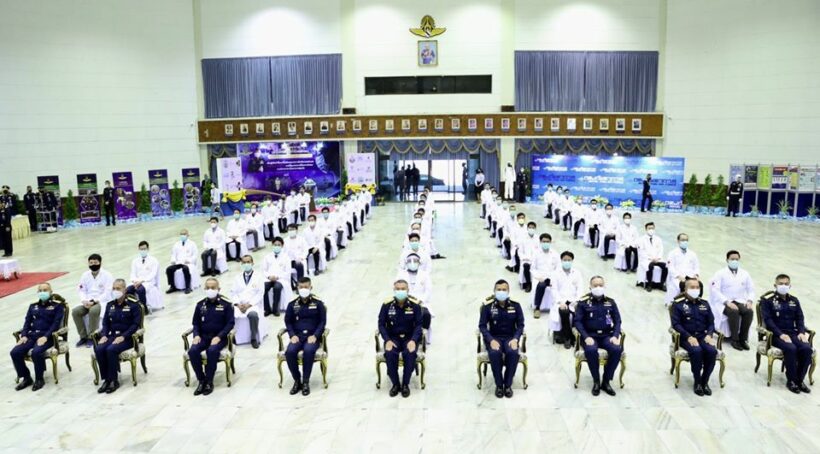