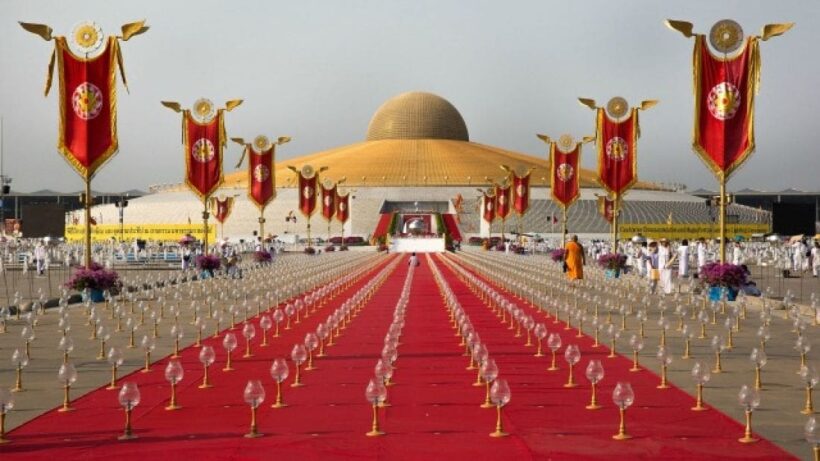 “The foundation operates as a quasi-Buddhist cult and commands adherents to its teachings from around the world.”

The Department of Special Investigation (DSI) is calling on public prosecutors to request the courts to dissolve the Khun Yay Maha Ratana Upasika Chandra Khonnokyoong Foundation. The Foundation was implicated in the Klongchan Credit Union Cooperative (KCUC) embezzlement case. The DSI say they want to prosecute members of the foundation’s committee for money laundering.

DSI also wants the prosecutors to ask the court to confiscate the foundation’s 13 billion baht assets.

The foundation, established in 2004, is under the patronage of Dhammakaya Temple’s ex-abbot Phra Dhammachayo, who faces an arrest warrant over money-laundering charges. The foundation operates as a quasi-Buddhist cult and commands adherents to its teachings from around the world.

The renegade monk and his accomplices have been accused of accepting money from KCUC’s ex-boss Supachai Srisupa-aksorn, who is in jail for stealing billions of baht from the cooperative. The DSI had investigated Supachai and his accomplices over embezzlement charges, and then looked into Phra Dhammachayo and other people’s alleged role in money laundering and possession of stolen articles.

Since initial investigation uncovered transactions linked to the foundation, accused of constructing facilities for the temple using money that was allegedly swindled out of the KCUC, the DSI launched another probe, results of which were provided to reporters by Paisit yesterday.

Paisit says the investigators found the foundation and its board, led by billionaire telecom tycoon Boonchai Bencharongkul’s younger sister Wanna Chirakiti, guilty of conspiring to launder money and also violating the foundation’s objectives. Hence, he said, the DSI is recommending that prosecutors disband the foundation and seize its assets, including the assets already confiscated by the Anti-Money Laundering Office earlier.

The 2,000-rai Dhammakaya Temple in Pathum Thani’s Khlong Luang district has many newly built structures in its vast compound as well as in several affiliated centres nationwide.

Walking on air. 314 metres above Bangkok.