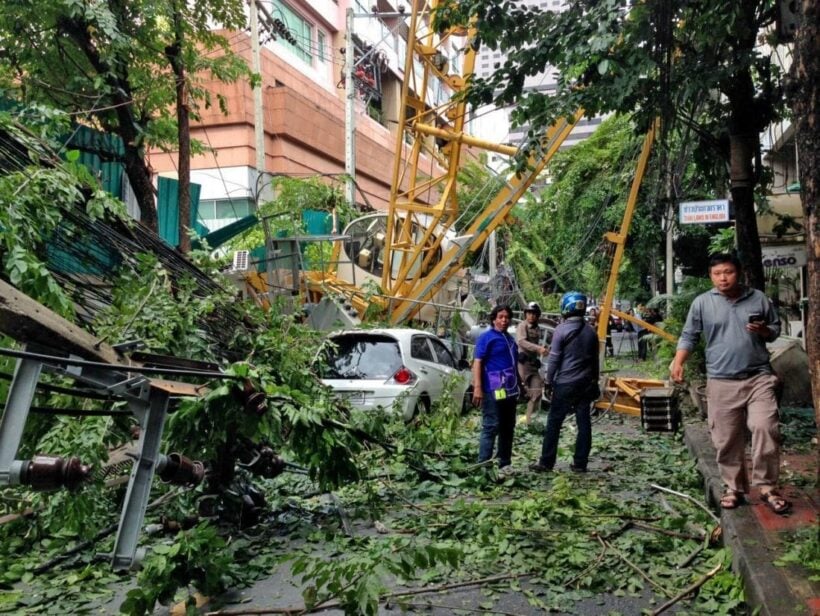 Police say that three people were injured this morning after a crane pulled down power wires, causing seven poles to topple in Soi Saldaeng 2 in the Bang Rak district in Bangkok.

A female driver and two male bystanders were injured in the incident. 60 year old Pongpan Chai-anan sustained nose and neck injuries when her car’s airbag activated as one of the poles fell at 9.25am, according to deputy superintendent Lt Colonel Jessada Khumsattra of Thung Mahamek precinct.

The Nation is reporting that rescuers had to wait until the Metropolitan Electricity Authority cut off the power before they could free the woman from her car and take her to a hospital.

Authorities say the crane was being used in a properly registered construction of a six-storey apartment building.

A fruit seller, 100 metres from the accident, says there was a loud noise as the power poles were pulled down and the crane then toppled and the power transformer exploded.

The crane operator, reportedly Burmese, fled the scene, and the police would summon the construction company to make a statement, Jessada said. 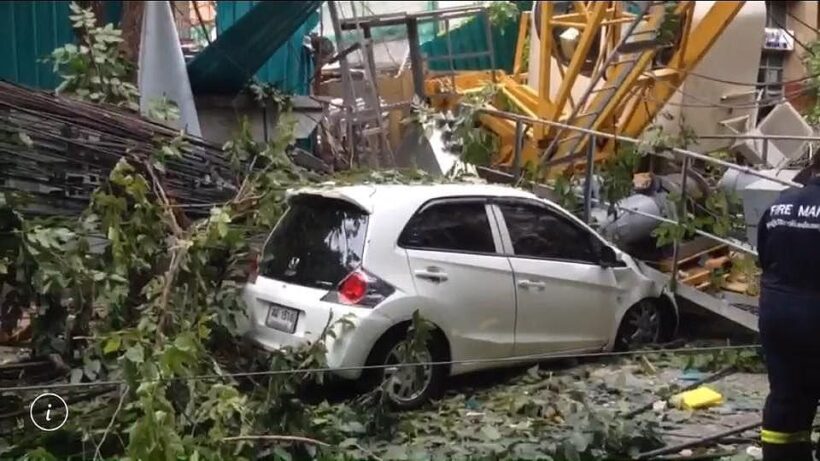