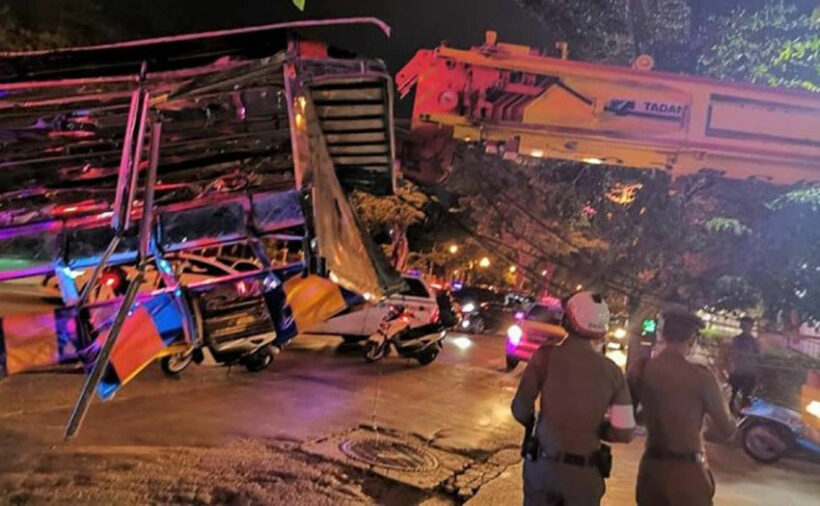 9 migrant workers have been injured after a passing crane tore the roof off their truck on Bangkok’s Wireless Road. The incident occurred near the Japanese Embassy at around 9.30pm last night. Police and rescue workers who arrived at the scene found a 6-wheeler truck with its roof completely ripped off by a crane.

Nation Thailand reports that, according to a witness statement, the crane truck was leaving the construction site when the hook dangling from it got caught on the roof of a passing truck, that was transporting workers. The hook ripped the entire roof from the truck, injuring 9 of the passengers.

The injured have been taken to various hospitals in the capital for treatment. Further information on the nature or extent of their injuries is not known.

The police are investigating the accident and speaking with the crane driver to establish the cause, but it’s understood nobody has been arrested at this time.

Group of security guards allegedly gang up on 2 police officers