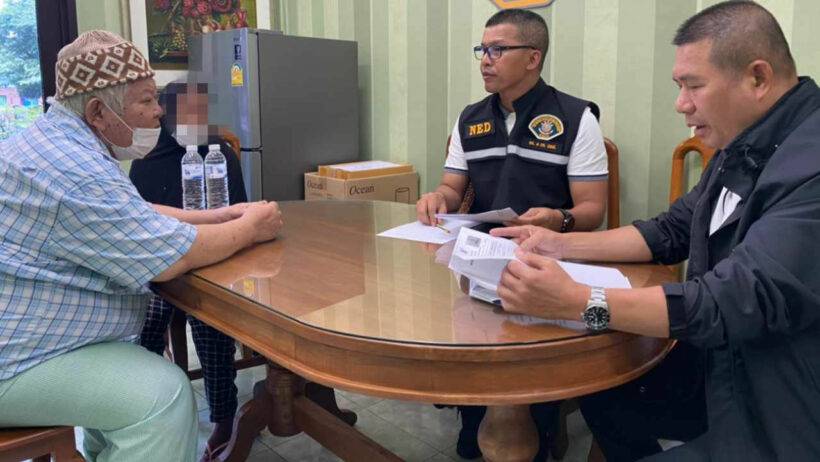 A 70 year old man was arrested for alleged involvement in the illegal wildlife trade. Yusup Sae Ma has been wanted since 2015 for his alleged role in the sale of a tiger carcass. Back in 2015, police at a checkpoint in Tak’s Mae Sot district found a female tiger carcass in a foam box in the trunk of a car and arrested a group of suspects.

When interrogated by police, the suspects said they were delivering the carcass to a foreign buyer. The price of an Indochinese tiger in the black market is around 700,000 baht because the bones, skin, teeth and claws are all in high demand in the illegal trade, according to police.

The suspects allegedly told police that a hunter shot the tiger in the Khaeng Wildlife Sanctuary in the Uthai Thani province and then sold it to a wildlife trader in Mae Sot for 80,000 baht.

Police from the Natural Resources and Environment Crime Suppression say they caught various people involved, including the hunter. Yusup, who allegedly acted as an interpreter during the sale, wasn’t arrested until yesterday at his house in Pathum Thani’s Khlong Luang district.