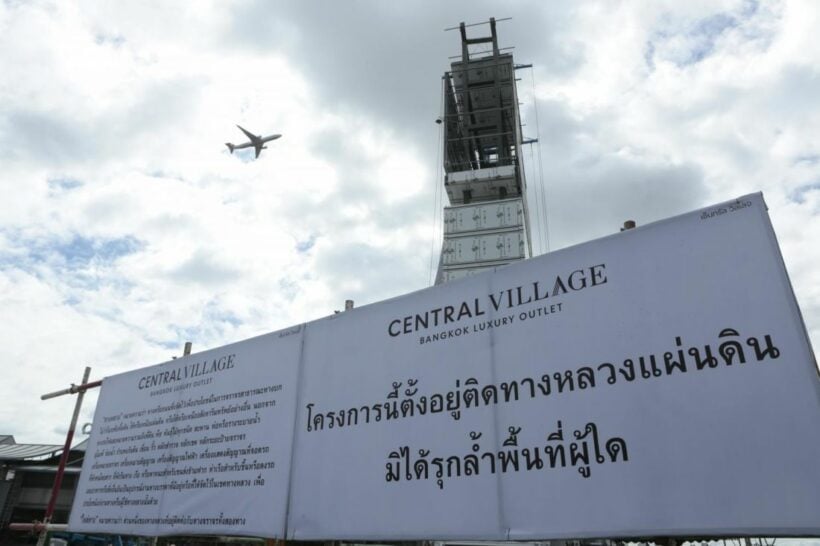 The developer of the luxury outlet near Bangkok’s Suvarnabhumi airport is vowing to continue with the opening of Central Village as planned.

Airports of Thailand (AoT) is blocking the entrance to the 5-billion-baht development, scheduled to open this Saturday.

Central Pattana Plc (CPN) is petitioning the Administrative Court for an injunction against AoT, with CPN President Preecha Ekkunagul also calling on the police for assistance.

“If the court can’t protect us, we would ask the police to solve the problem. We also have a back-up plan to resolve the issue.”

AoT alleges the development is unlawfully built on AoT land but CPN insists permission was granted by the Department of Highways (DoH), and that Central Village is on land adjacent to the highway, which AoT does not have rights to.

“Highway No.370 is a plot of land assigned by the government to the DoH to build on. It is different to the land plot expropriated to make way for Suvarnabhumi airport, which is under the care of the AoT.”

CPN also says it has received the permits to build within the Air Navigation Safety Zone identified by the Civil Aviation Authority of Thailand (CAAT), and that its buildings do not violate any rules or height requirements.

But AoT president, Nitinai Sirismatthakarn, refers to an incident that took place at a golf course 4 kilometres from the airport, where laser beams used at an event confused some pilots.

“AoT will ask the Department of Public Works and Town & Country Planning to probe whether the project violates town plan codes and ask CAAT to recheck whether the project may interfere with aviation safety. Since the project is a large-scale one, its lighting system may affect flight operations.”

More trains and more carriages for the Bangkok BTS fleet