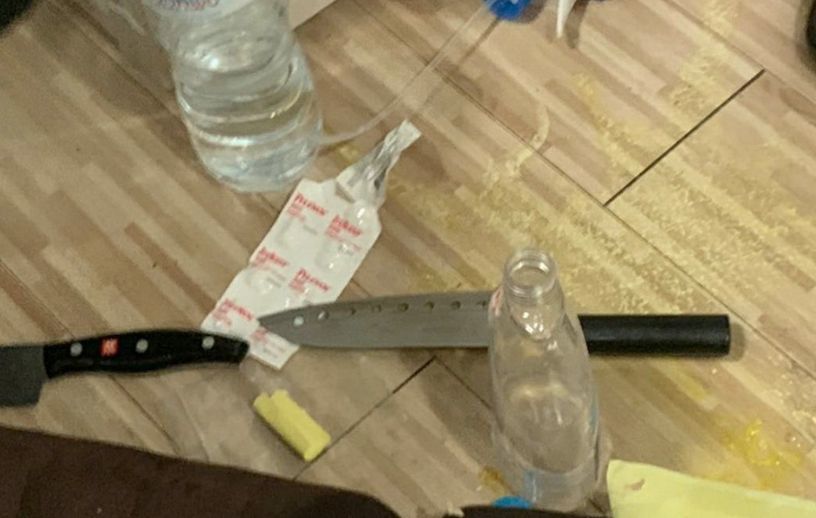 A Bangkok woman is facing charges for allegedly stabbing her boyfriend to death. 32 year old dental nurse, Thai media reports as Pemika, was found unconscious next to her boyfriend’s body.

Police found 37 year old Prawet, an owner of a restaurant, stabbed to death at a Bangkok condominium. Prawet’s family believes the alleged attack was premeditated. According to Thai media, the family says Pemika “carefully planned his murder because she didn’t want to lose him.”

Pemika was found unconscious next to Prawet’s body. She was taken to Chulalongkorn Pracharak Hospital.

Earlier, Pemika made a post on Facebook saying Prawet ordered her to have an abortion. Prawet’s family says the woman’s claims are not true.