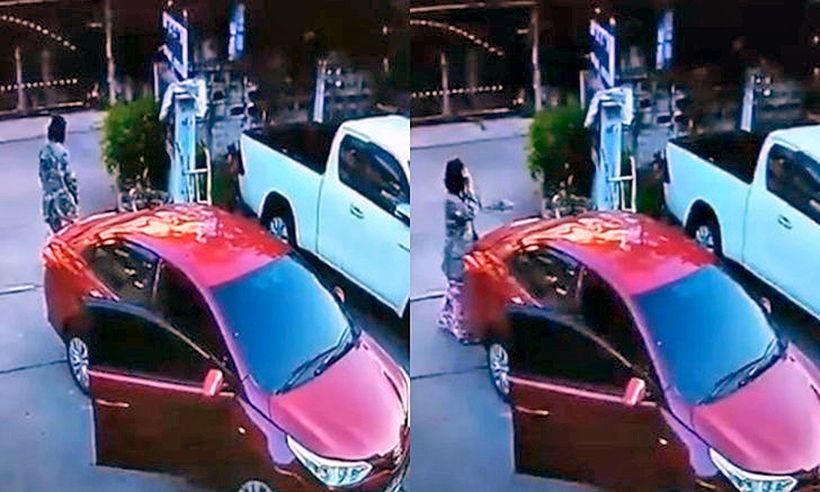 It will probably turn out to be “a misunderstanding”, but Thai social media is buzzing with speculation as to what might have caused an elderly woman to throw a rock at a parked truck in Bangkok. It’s the curious case of the mystery angry aunty.

Thai Residents reports that CCTV footage posted on the “Social Hunter” Facebook page shows the woman driving a red car on to property which has a No Parking sign at the front. She parks her car next to a white pick-up, gets out and goes to the back of the vehicle, then picks up a rock and proceeds to hurl it at the white truck.

The video has generated numerous comments from Thai netizens trying to figure out what drove the woman to do this, with some saying it may have been a case of mistaken identity and that she was in fact looking for another white pick-up.

It’s understood the truck driver – also a woman – managed to track the offender down but is none the wiser at this stage. According to the Social Hunter Facebook page, the rock thrower works as a driver for a ride-sharing app in Bangkok.

Police are, as always, investigating.