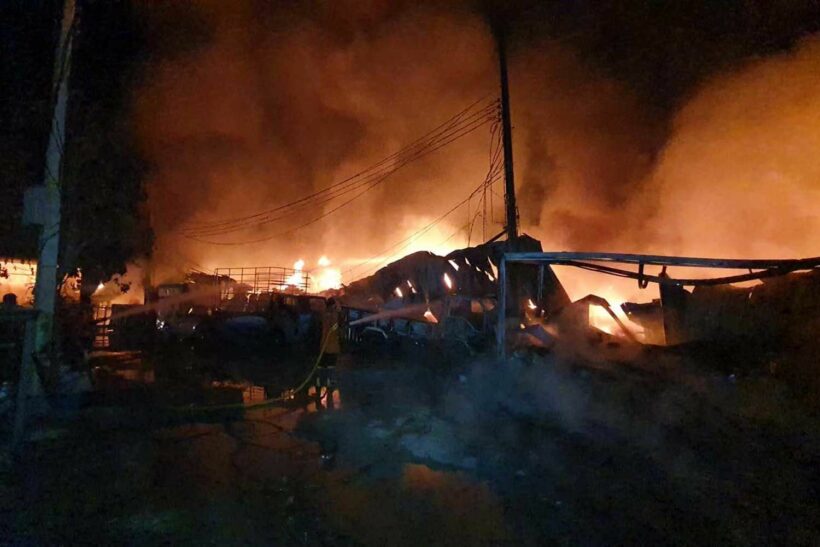 A fire has destroyed a plastics manufacturer in southern Bangkok. The fire also destroyed an adjacent mattress warehouse. The incidents happened early this morning. Despite all the stock, equipment and three pick-ups parked out front being destroyed, there were no casualties in the blazes.

More than 10 fire crews rushed to the scene on Soi Thetsaban Bang Poo 59 in Ban Thaimai. The blaze took more than two hours to extinguish. It completely destroyed the factory and the adjacent mattress warehouse.

The fire broke out at the factory at about 3.30am when it was reported to police.

The 52 year old owner of the warehouse, Atthaporn Wiang-in, says he and his daughters were sleeping in the factory at the time the fire broke out. Black smoke woke them up.

They rushed outside and could see flames engulfing the factory and loud explosions as the fire took hold. One of his daughters called police.

At this stage, police speculate that the fire was caused by an electric short circuit. Forensic officials hav been combing the remains of the destroyed factory this afternoon to gather clues and investigate the cause.

At this stage there has been no estimate of the value of damages.