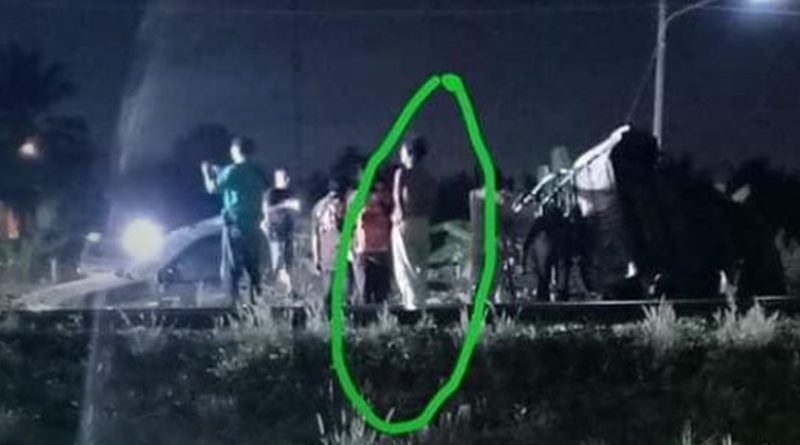 PHOTO: The ghost that wasn't a ghost has Thai netisphere in a lather - Sanook.com

A picture from a train crash in Nakhon Pathom, west of Bangkok, has had the Thai netisphere in a lather over a ghostly woman standing watching the proceedings as emergency crews attend to the situation. The photo went viral and shows, what the posters claimed to be a female ghost wearing a traditional Thai dress. ‘She’ is standing amongst a crowd of people by the railroad tracks looking on. More about the mysterious aspiration later.

The incident happened on January 22 when a train crashed into a truck that had become stuck on the train tracks. Villagers rushed in to help push the stuck truck off the rails but were unable to budge it. The 55 year old truck driver was able to get out of his truck just before a train ploughed into his vehicle. Everyone stood around waiting for the rescue teams and officials to arrive.

The incident took place in Nakhon Chai Si District. The Thonburi – Ratchaburi train wasn’t heavily damaged so, following a quick inspection from SRT officials, continued on its journey to Ratchaburi.

But it was a photo taken at the scene that has gone viral. The photo was taken by a member of the rescue team. It shows a crowd of people looking on with what appears to be a woman standing by watching the events wearing traditional Thai dress with her hands on her hips. “คน เดิน เดิน” posted the picture saying… “While the rescue team was cleaning up after the train crashed into a truck someone took a picture with this woman in it. No one saw her at the location, members heard dogs howling and a woman crying…”.

So of course it had to be a ghost. There could be no other explanation, according to many commenting on the photos.

Another rescue team member chimed in…. “I believe that the railway tracks here have something mysterious. While we were on a mission many members heard dogs howling. Personally, I heard a woman crying with such deep pain.”

Eventually Facebook user “Teerathep Chantala” posted some additional photos from the scene taken from other angles showing that the mysterious ghost was actually a shirtless male bystander. He was standing by the rails with his hands on his hips. He wasn’t a ghost and has explained to Thai netizens that he’s not dead and feels fine, “but thanks for checking.” He also wanted to assure people that he was a man.

Thai culture is full of ghosts, demons and many Thais remain strong believers in ghosts, in particular, and other supernatural phenomenon. 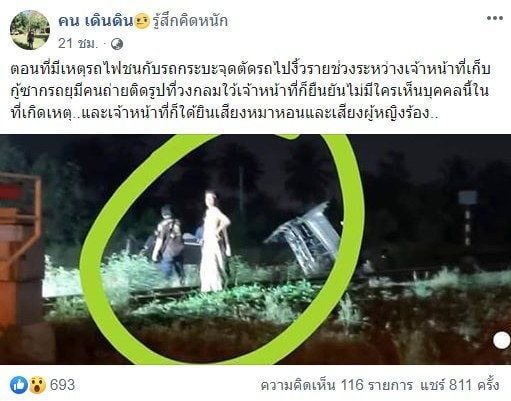 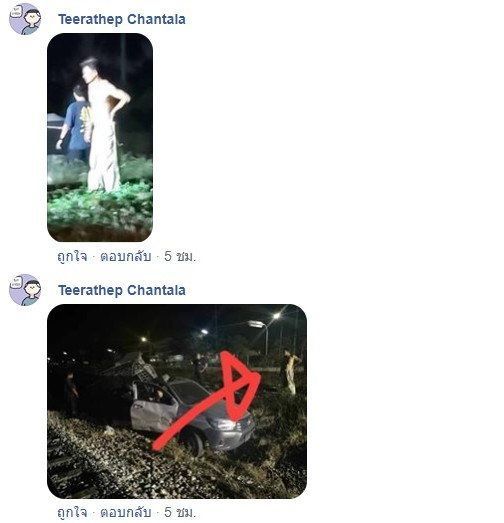