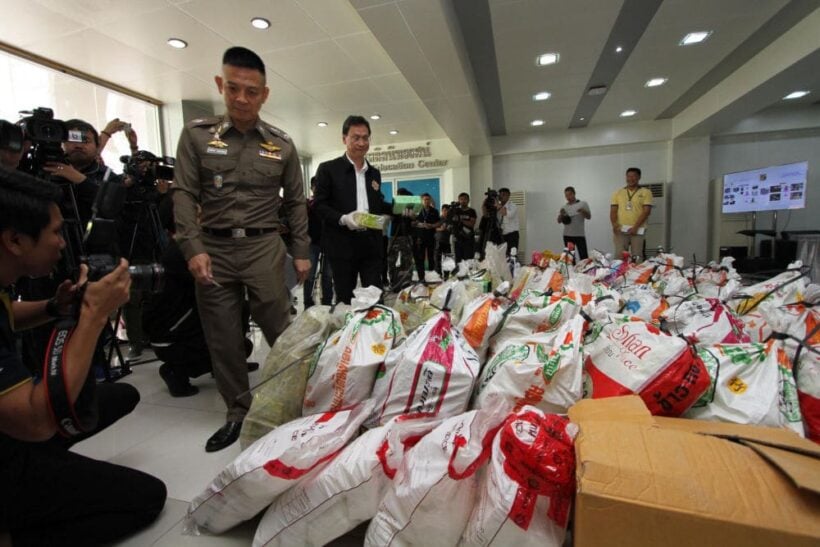 Police and officials from the Office of the Narcotics Control Board have arrested 26 year old Suwit Promon from Bangkok’s Ratburana district and seized 1,495 kilograms of crystal methamphetamine and 91 kilograms of ketamine at a warehouse in Pathum Thani, just north of Bangkok.

Police say the arrest was made after the ONCB received tip-offs that a gang had smuggled the drug from neighbouring countries to store at a rented warehouse in Pathum Thani for smuggling to other countries.

The deputy ONCB chief says the arrest follows a stakeout at a warehouse in Pathum Thani’s main city district where a car was spotted driving into the compound at 2am yesterday morning. The driver, identified only as Moo, managed to escape. They found 100 kilograms of crystal methamphetamine (ice) and 91 kilograms of ketamine in the car.

But a search of the warehouse found 1,397 kilograms of ice hidden in a secret chamber of a six-wheel truck. A similar secret chamber was found in the back of another truck in the same warehouse so they believe the drugs had been unloaded.

The ONCB report that the suspect had been renting the warehouse for a month to store the drugs pending efforts to smuggle to Malaysia, Australia, Japan and South Korea. Police say Suwit belonged to the gang that was using an ambulance to smuggle the drugs from the north of Thailand in September last year. 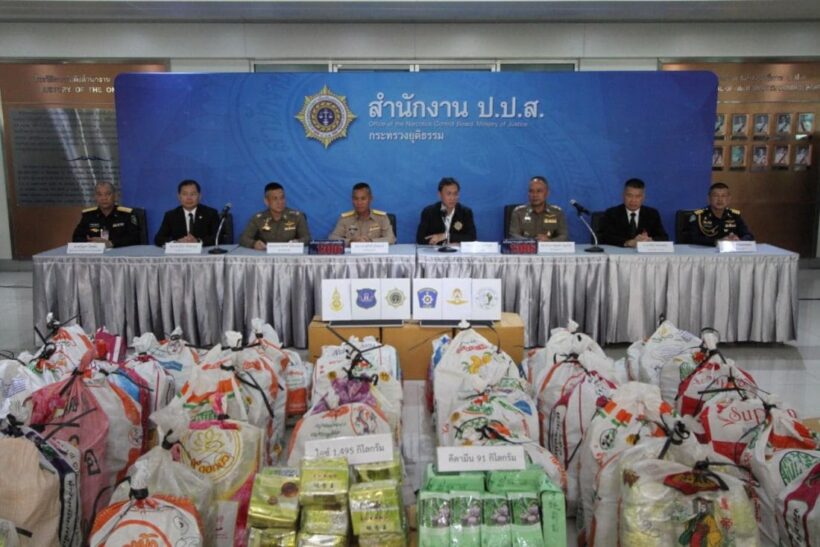